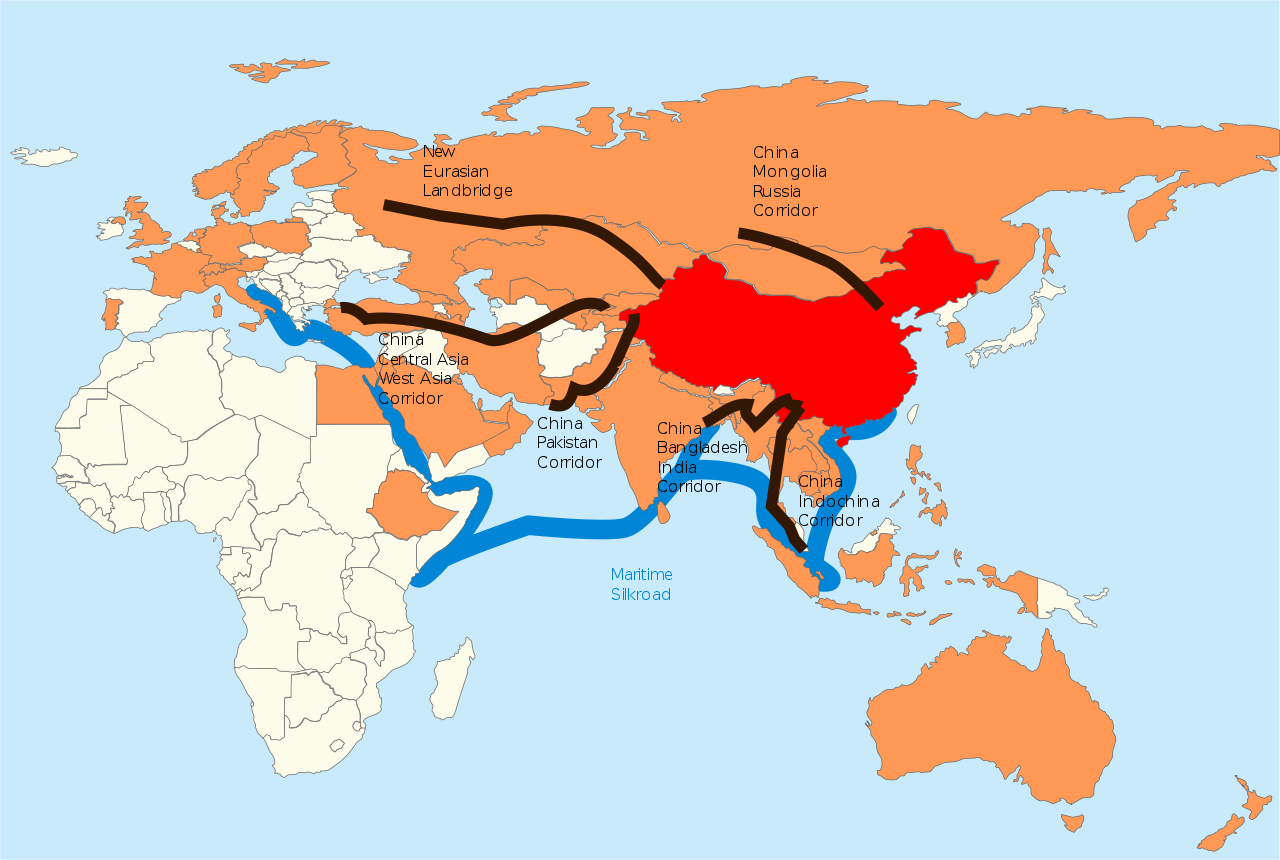 China’s Belt and Road Initiative: Boon for Growth or Threat to Civil Liberties?

Which matters more: political freedom, or economic well-being? That may be the choice facing citizens in countries joining China’s Belt and Road Initiative (BRI), a global project to make Eurasia more economically interconnected.

China’s BRI (also known as the New Silk Road), as reporters with the Council on Foreign Relations put it, “is one of the most ambitious infrastructure projects ever conceived,” aiming to build everything from railways, to energy pipelines, to internet infrastructure across Asia, Europe, and parts of Africa. The project’s scope is already massive. “To date, more than sixty countries—accounting for two-thirds of the world’s population—have signed on to projects or indicated an interest in doing so,” write Andrew Chatzky and James McBride.

However, it’s an oversimplification to solely analyze the BRI in terms of whether or not building new infrastructure is worth the cost of the projects. The project’s positive economic aspects are overshadowed by a darker, geopolitical aspect.

The case for the BRI is simple: China is helping build crucial infrastructure to help developing countries grow their economies, when other major powers like the United States have largely turned the other way.

By giving developing countries loans to build crucial transportation infrastructure, the BRI will likely increase trade, with its mutual gains. As countries trade more with each other, they can specialize in what they’re good at and export those products while importing products that other countries specialize in (known in economics as the law of comparative advantage).

Unsurprisingly, one World Bank summary indicated that “BRI transport projects could reduce travel times along economic corridors by 12%, increase trade between 2.7% and 9.7%, increase income by up to 3.4% and lift 7.6 million people from extreme poverty.”

Surely, no one would object to lifting more than 7 million people from extreme poverty. Yet, the economic story is more nuanced.

While the BRI may significantly reduce poverty, some analysts have criticized the project for being a “debt trap.” China uses loans to finance BRI projects, but some loans contain exploitative conditions, allowing China to seize economic assets from partner countries when they can’t pay back their debts. For instance, China acquired a long lease on a Sri Lankan port when the BRI-related debt piled up.

The Chinese lending practices stand in contrast to the United State government’s Marshall Plan, which financed reconstruction in Western Europe after World War II almost exclusively through grants, rather than loans, which must be repaid with interest. (This isn’t to say that the Marshall Plan was the best alternative for post-war development—that’s a different issue.)

As more countries (particularly in Europe) join the BRI, it’s unlikely that China’s lending practices will get reformed. The BRI was born as a project with unilateral Chinese control and generally lacks transparency, so it’s not a stretch to assume that new European and Asian partners will also be subject to debt traps.

There’s also a geopolitical element to the BRI.

China may be attempting to use the BRI to increase its geopolitical influence and mold the world order in its image. As one analyst put it, the BRI will cause “countries to, in the process of cooperation with China, establish a high dependence on Beijing.... China would have the right to formulate rules and regulations, and reshape the global structure.”

Put simply, the BRI may be a serious threat to democracy and civil liberties.

While long-term shifts in who runs the world order are somewhat intangible, one salient example of China’s stance against political freedom concerns the Digital Silk Road, a sub-project of the BRI focusing on internet infrastructure.

As part of the BRI, China is helping countries develop their internet infrastructure. Problematically, though, as part of the partnership, some suggest China may give semi-authoritarian countries access to its toolbox of internet surveillance technologies, allowing BRI partner countries to target and censor political dissidents in much the same way as the Chinese government.

The United States has a long history of using economic and diplomatic pressure to promote democracy; it’s not a stretch to assume China would do the same to promote authoritarianism. Given the deteriorating situation of democracy in a number of European countries (Poland, Hungary, and Turkey, for instance), there’s a real risk that the more EU countries intertwine themselves with the BRI, the more they could be pushed towards democratic backsliding and authoritarianism.

Thus, although a Chinese world order may not be around the next corner, the BRI still may pose substantial risks to democracy and political freedom around the globe.

The question for policymakers then becomes: How can the BRI’s economic benefits be maximized, while minimizing the economic risks (debt traps) and putting a stop to creeping authoritarianism?

For now, that question remains unanswered.