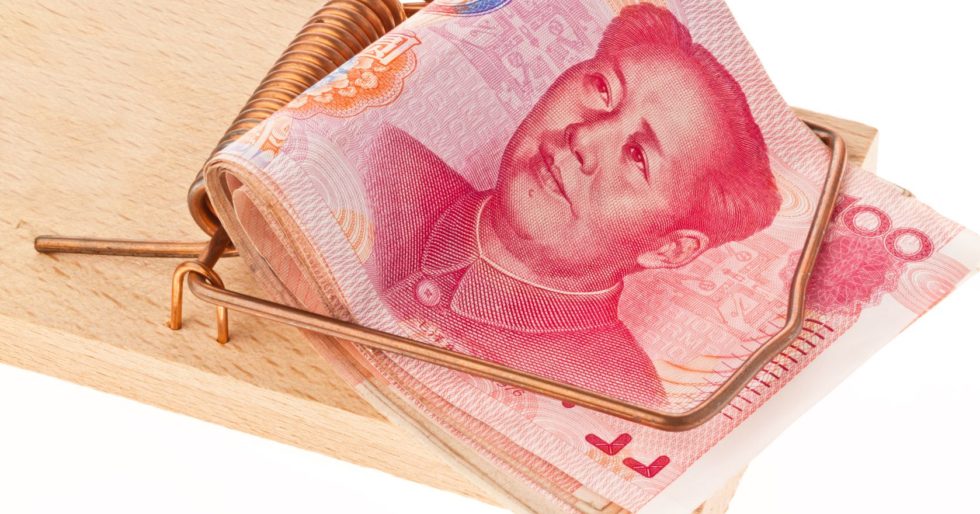 Last December, something remarkable happened in Sri Lanka. The nation ceded control of its Hambantota Port, which its government had been working to develop for over seven years, to China, which now holds a 99-year lease on the strategically located facility in the Indian Ocean. The New York Times reports:

Every time Sri Lanka’s president, Mahinda Rajapaksa, turned to his Chinese allies for loans and assistance with an ambitious port project, the answer was yes.

Yes, though feasibility studies said the port wouldn’t work. Yes, though other frequent lenders like India had refused. Yes, though Sri Lanka’s debt was ballooning rapidly under Mr. Rajapaksa….

Mr. Rajapaksa was voted out of office in 2015, but Sri Lanka’s new government struggled to make payments on the debt he had taken on. Under heavy pressure and after months of negotiations with the Chinese, the government handed over the port and 15,000 acres of land around it for 99 years in December.

The transfer gave China control of territory just a few hundred miles off the shores of a rival, India, and a strategic foothold along a critical commercial and military waterway.

The case is one of the most vivid examples of China’s ambitious use of loans and aid to gain influence around the world — and of its willingness to play hardball to collect.

China’s takeover of the Sri Lankan port facility is back in the news because of geopolitical maneuvering on the part of the U.S. government during the last week. EconomyNext describes the high stakes at play.

The United States can offer Sri Lanka investments backed by its development finance agency that could be an alternative to Chinese loans, a visiting American government official said.

The move comes in response to China’s “Belt and Road Initiative”.

Shortly after China’s move in Sri Lanka, the nation used similar leverage to gain a military presence in the African nation of Djibouti, where the U.S. also maintains a permanent military presence because of the nation’s strategic location near the entrance to the Red Sea.

Other nations that have borrowed significant amounts of money from China to develop projects supporting its Belt and Road Initiative have growing concerns about China’s intentions and ability to potentially compel them into giving up their sovereignty to escape the burden of the debts they owe. Zambia, Pakistan, and Malaysia have each identified direct risks arising from their high levels of indebtedness to China.

The geopolitics driving the need to counter China’s Belt and Road Initiative will come with a price tag for U.S. taxpayers. In late September 2018, the U.S. House of Representatives passed a bill to double the funding for global infrastructure projects in order to directly compete with China’s expansionary policies. The bill, which also authorizes funding for the Federal Aviation Administration and the Transportation Security Administration, passed in the Senate last week, where it was signed into law by President Trump on Friday, October 6, 2018.

For most Americans, the U.S. government’s action to counter China’s “debt trap diplomacy” last week flew under the radar with all the noise in the media surrounding the confirmation of a new justice on the Supreme Court. But there’s little question that Americans will find out more about what is setting up to be a major new international initiative for the United States in both Asia and Africa.