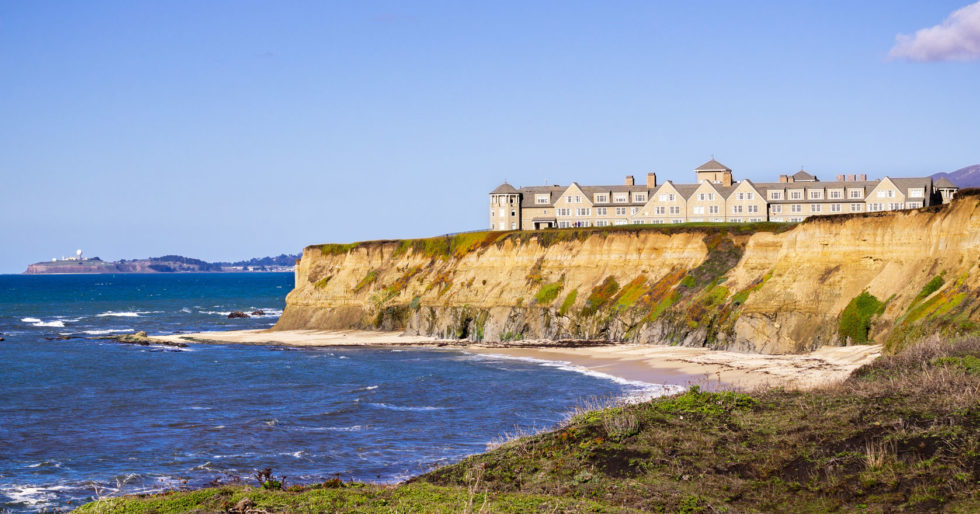 “Half Moon Bay hotel gets $1.6M fine for blocking beach access,” headlines an Associated Press report, but how such “blocking” took place is not exactly clear. As the June 14 piece explains, the California Coastal Commission (CCC) has fined the Ritz-Carlton hotel $1.6 million for “failing to provide public access to its nearby beaches.” The hotel “failed to display signs informing the public that beaches are free and open to anyone” and may have come up short on what the Commission wanted by way of free parking for beachgoers not staying at the hotel. So the $1.6 million fine was for what the Ritz-Carlton did not do, not for any actual “blocking” of beachgoers.

Of the $1.6 million penalty, $1 million will go to “a commission fund that provides signs, trails, stairs, and other amenities to help the public use state beaches.” The remaining $600,000 will go to the Peninsula Open Space Trust, “a Palo Alto land conservation group, to help purchase a property north of the hotel to expand public beach access.” So the Commission is taking funds from the hotel and transferring them to another private group to buy a property. The piece failed to explain how the Commission gained this incredible power.

The CCC was supposed to be temporary, but before the end of the 1970s legislators predictably made it permanent. In practice, the CCC became the private domain of Peter Douglas, a regulatory zealot with little regard for property rights. On his watch, the Commission became known for Mafia-style corruption. During the 1990s, Coastal Commissioner Mark Nathanson attempted to shake down celebrities for bribes and wound up serving a prison term.

As we noted, the Commission has been expanding its power into new areas such as animal management and surfing tournaments. The CCC keeps busy adding new commissioners and deploying its new power to bypass the courts and levy fines directly, and the action against the Ritz-Carlton shows that power in action.

An unelected, unaccountable body of regulatory zealots overrides the elected governments of scores of cities and counties on the coast and runs roughshod over property rights. No state administration, Republican or Democratic, has sought to curtail, much less eliminate, the CCC. Californians should not be surprised if the administration of Gov. Gavin Newsom seeks to expand the Commission’s jurisdiction.