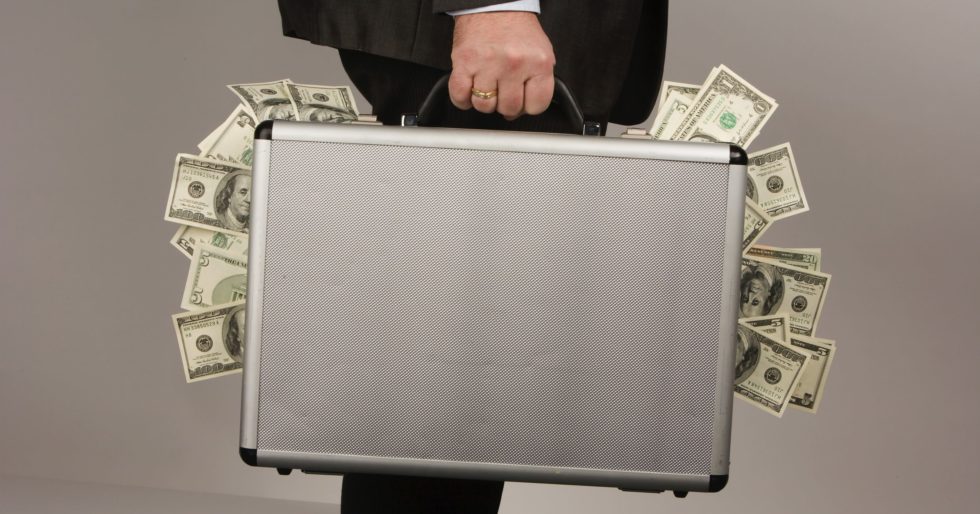 The Craziness of Pork Barrel Spending

In 2011, the U.S. Congress supposedly banned fiscal “earmarks“—the practice by which legislators would secure funding for special projects in their districts and states by trading their votes for various bills before Congress in return for these rewards. Too often, instead of serving the interests of the people in their districts, elected members of Congress would come to spend their time soliciting campaign donations from special interests and lobbyists who received the benefits of that spending, which made the practice inherently corrupt.

But special-interest budget earmarks didn’t go entirely away. Writing at The Hill, Kristin Tate describes how the game changed so that politicians in Washington, D.C., could keep playing by enlisting help from the bureaucrats they authorized to spend taxpayer dollars:

Watch any politician speak of balancing the government budget, and one of the first and most repeated phrases is related to “waste and abuse.” However, when the time comes to line up at the spending trough, nearly every politician is set to expend tax dollars, often on ridiculous projects. Considering all of the lip service from Democrats and Republicans on fiscal policy, why does so much of our federal funding go toward these expenditures that seem like random topics selected by dart throws?

The budget is broken, in part, because politicians count on two factors. First, voters do not pay very close attention. Second, when they do pay attention they want politicians to be doing something. Earmarking a half million dollars for a Sparta Teapot Museum or another $273,000 toward “fighting goth culture” might seem like exactly what your own member of Congress should be doing. But when you tally up all 435 representatives, 100 senators, and the needs of 50 states, the spending grows so large that ridiculous projects can be shoehorned into bills with little oversight.

Members of Congress love earmarks. They make great reelection fodder and present a stellar opportunity to get on the cover of the Palookaville Picayune. After all, if you have money from the other 434 districts for an in kind donation to your next term, then why would you not take advantage? Since a 2011 soft ban on earmarks, members of Congress switched from direct budget requests to using the federal bureaucracy to steer money to their districts. Spending bills include additional funds, which are divided at the discretion of government agencies as well as the White House.

Tate notes that a lot of this spending takes place during the final weeks of the government’s fiscal year each September, when many of these federal agencies will burn through billions of dollars to avoid having their budgets automatically cut because they didn’t spend as much as the Congress had authorized, a frenzy that accounts for much of the crazier pork barrel spending the government does these days.

Tate reviews a number of worthwhile reforms that Congress could take to further rein in the craziness of this uncontrolled pork barrel spending:

Such reforms include a strict cap on the dollar value of earmarks for each district. Why not just ban earmarks altogether? A annually audited system with a hard cap for each district would severely reduce the dollars spent compared to the current budget pool system. Another measure could be a 90 day justification system for agencies before receiving authorization to spend. Finally, there could be a reduction of discretion on spending by agencies. Congress loves to offshore its responsibility by “authorizing the secretary” to spend allocated funds. Instead, any projects costing more than $10 million should have approval by both chambers of Congress.

Without reforms like these, it’s just a matter of time before the individual crazy pork projects blend together to fund even crazier things, like federally funded projects to fight goth culture with tea parties at museums. All paid for by new borrowing, because U.S. taxpayers won’t provide enough money to pay for all the crazy spending that is going unchecked in Washington, D.C.

Craig Eyermann is a Research Fellow at the Independent Institute and the creator of the Government Cost Calculator at MyGovCost.org.
Posts by Craig Eyermann | Full Biography and Publications
federal pork government pork Government waste
Comments
Before posting, please read our Comment Policy.