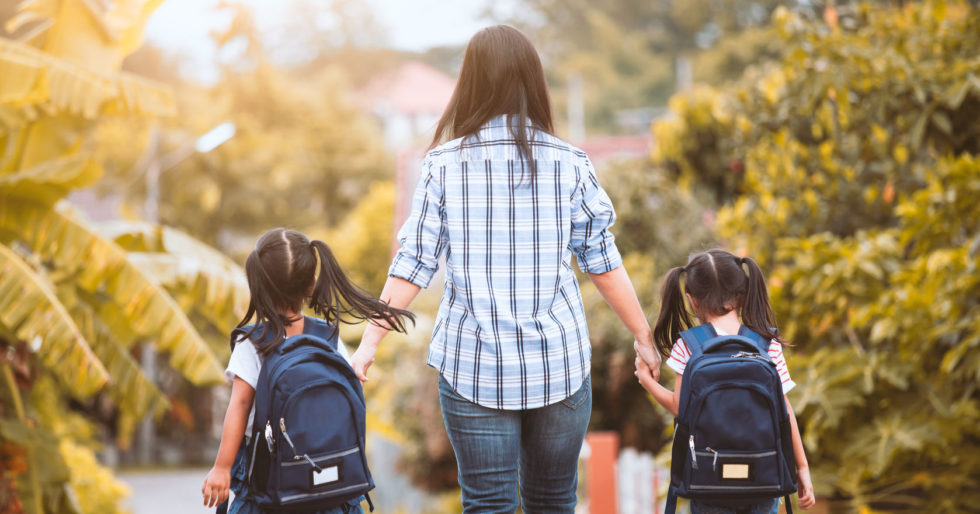 Thousands of public-school students in the nation’s capital could soon be a whole lot safer at school thanks to new legislation being considered in Congress.

Last week, U.S. Rep. Jim Banks (R-IN) introduced a bill that would create Child Safety Accounts (CSAs) for public-school students in Washington, DC, which is the only school district under congressional authority.

The idea is a unique reform that Heartland Institute policy analyst Timothy Benson and I recommended in a policy report published last year, Protecting Students with Child Safety Accounts. As Congressman Banks explains:

School safety and the well-being of children is every parent’s number one concern. In today’s complex world, school safety problems have become more prevalent. Unfortunately, too many students are trapped in unsafe schools.

He’s correct. Today more than one in three parents are fearful about their child’s physical safety at school—up significantly since 2013 when just over one in 10 parents expressed such fear, based on results from Phi Delta Kappa’s 2018 national survey. Those fears are justified.

Consider Washington, DC. According to the latest available survey data from the Centers for Disease Control and Prevention, around one in 10 public district high-school students in the District reported that they were threatened or injured with a weapon on school property, bullied at school, electronically bullied, or forced to have sex. Even more, students reported carrying a weapon to school (19 percent), being in a physical fight at school at least once in the past year (16 percent), and attempting suicide (16 percent).

As a result, one in 10 students said they skipped at least one day of school during the previous month because they didn’t feel safe. If students regularly miss school, they put themselves at greater risk of lower academic performance and not graduating high school (see here, here, and here).

Students shouldn’t have to sacrifice their education because they’re afraid for their safety.

Similar to health savings accounts, or HSAs, CSAs are tax-free accounts that parents could use to pay for private-school tuition, tutoring, transportation, and other approved education-related expenses, including therapy to cope with a safety incident. Under Rep. Banks’ plan, students’ CSAs would be worth from 80 to 90 percent of the District’s uniform per student funding formula, depending on their families’ incomes. Based on current formula funding levels, CSAs could range from about $8,500 to $12,000 per student depending on their grade levels and other factors.

To help ensure parents can afford to pay for any eligible expenses above their children’s CSA amounts, Congressman Banks’ plan would also create a tax-credit donation program. Donors could take dollar-for-dollar credits against their District income taxes for contributions to help cover those expenses. Total annual donations would be capped at $100 million, and in any year that they reach 90 percent of the current cap, the limit would be increased by 25 percent the following year.

Last year, Florida became the first state to enact a student safety scholarship program, the Hope Scholarship Program. Yet if Congressman Banks’ CSA plan is enacted, Washington, DC, would be the first jurisdiction in the country to have a student safety education savings account (ESA) program.

Currently, six states have ESA programs, which allow parents of eligible students to use a portion of their children’s state education formula funding to pay for approved education expenses and services—including future expenses such as college tuition in some cases. Eligible students under those programs include children who are from low-income families, have special needs, are military dependents, are in or from the foster-care system, reside on Indian reservations, or who would otherwise have to attend a failing public school.

Unlike scholarships, which parents use to send their children to particular schools, most ESAs work like a type of dedicated-use debit card, which empowers parents to purchase the tutoring, curricula, courses, and other resources they believe best meet the unique educational needs of their children. All ESA programs, including Congressman Banks’ proposed CSAs for District students, have strong oversight to help prevent misspending. Such programs are also tremendously popular.

Nearly eight in 10 American voters favor ESAs, and three in five say they are more likely to vote for elected officials who support expanding education options. Research also finds that private-school students are much less likely than their public-school peers to experience a variety of safety issues, including bullying, fighting, gang activity, and student use of alcohol, drugs, or weapons. Additional research suggests that parental choice programs, including ones similar to Congressman Banks’ proposed CSA program, positively affect students’ mental health and are associated with lower student suicide rates. They also contribute to better, longer-term life outcomes, including lower incarceration rates and unplanned pregnancy rates for low-income urban students.

“This Child Safety Account program will give families choices to pursue educational opportunities that keep their children safe and secure,” says Congressman Banks. “While the scope of this bill is currently restricted to one city, it is my hope that the success of the program inspires more states to adopt similar policies and help children feel safe and free to learn at school.”

That hope could soon become a reality.

Add California to that list given the growing grassroots movement behind the School Choice 2020 initiative, which would amend the State Constitution to establish an ESA program for every elementary and secondary school student in the state.

No child should have to wait years at a time or be victimized before his or her parents are empowered to act. Congressman Banks’ proposed Child Safety Accounts program would help District of Columbia parents whose children are most at risk protect them right now.