The CBO’s Ideas for Saving Money

Last December, the Congressional Budget Office generated a list of ideas for how the U.S. government could save trillions of dollars over the next 10 years.

The CBO altogether identified $5.8 trillion of potential savings, which in a world where they are already forecasting no less than $11.6 trillion in annual budget deficits in the 10 years from 2020 through 2029, would cut that accumulation of red ink in half.

Veronique de Rugy and Justin Leventhal of the Mercatus Center visualized the federal spending categories where the CBO identified potential savings that could be realized. 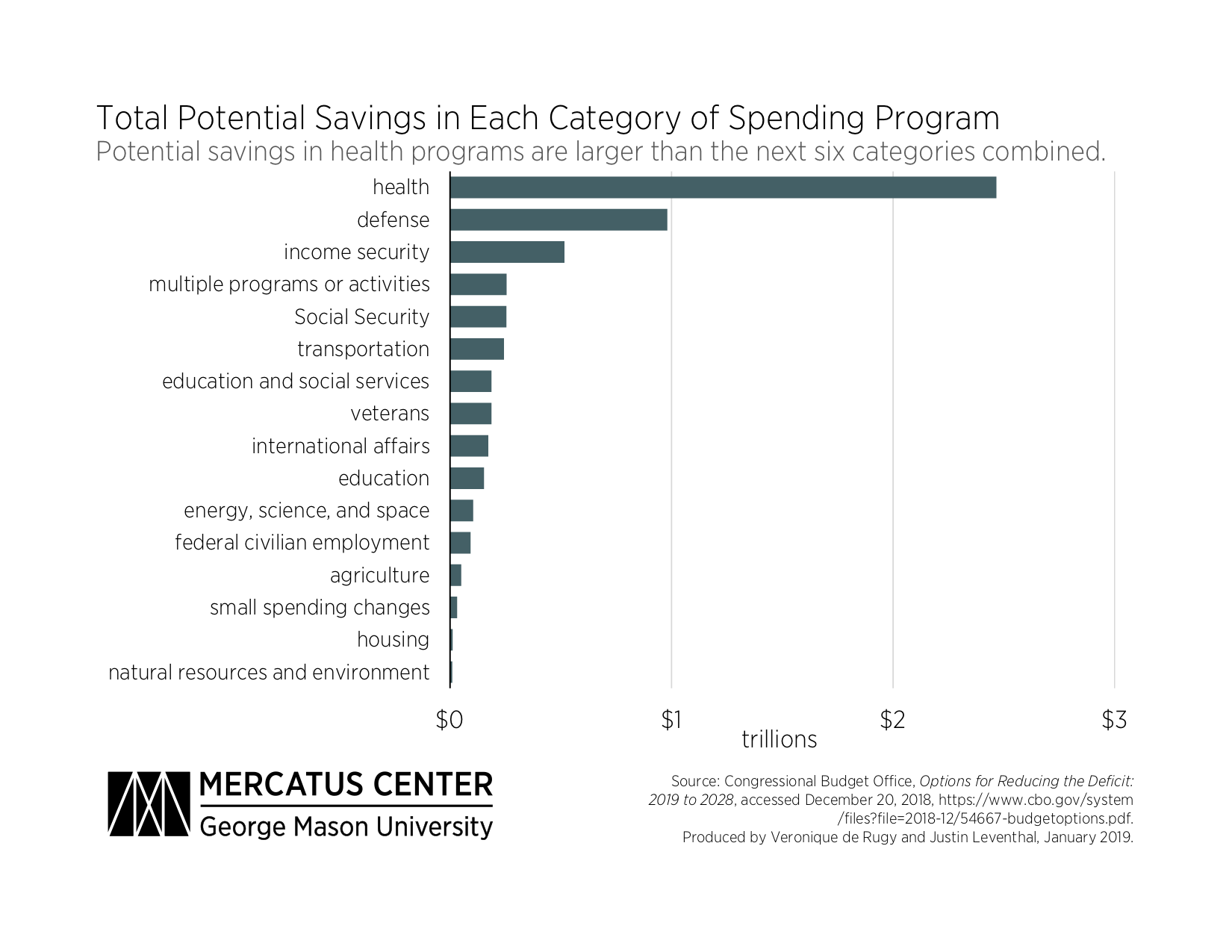 Here’s their summary analysis of where reducing the growth of spending to more sustainable levels would deliver the biggest savings over the CBO’s currently projected spending totals:

There is a lot of information to unpack in the CBO’s detailed options for reducing the budget deficit that deserve a closer look, particularly for the line items that promise to deliver the biggest savings. Or would deliver the biggest savings, if only today’s politicians had the willingness to demonstrate fiscal responsibility by implementing them.