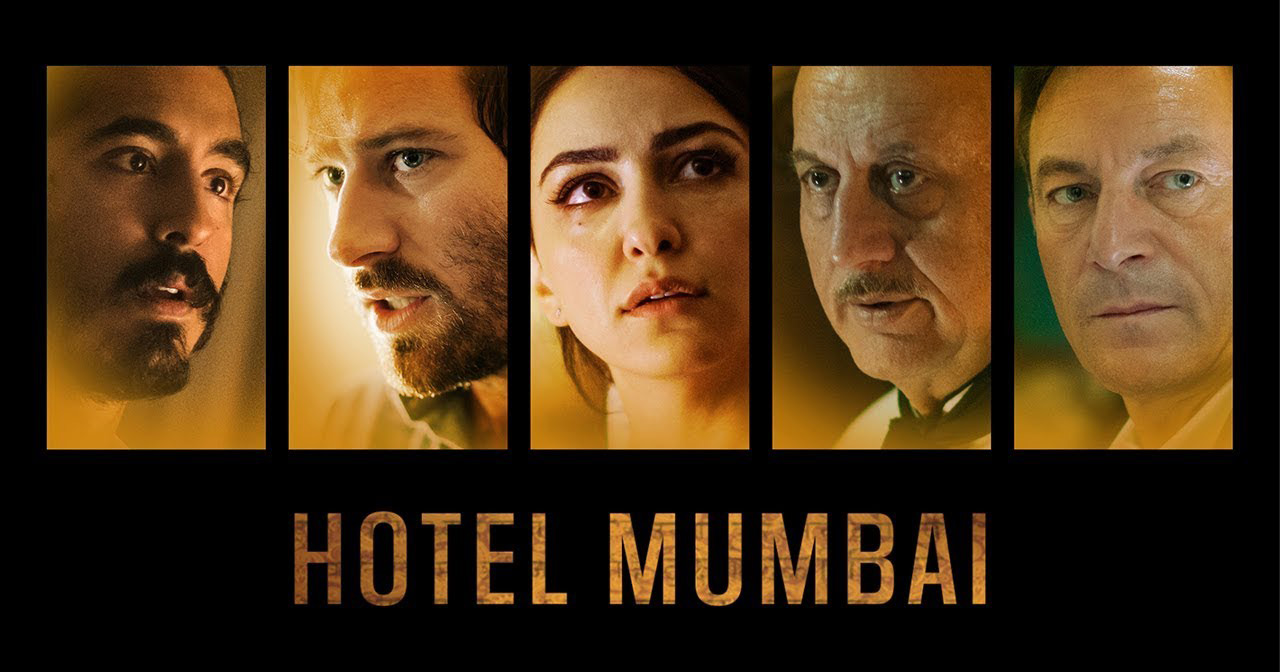 Hotel Mumbai and the Face of Terrorism

Hotel Mumbai was a particularly difficult movie for me to watch, let alone review, in part because I have direct experience with the historic Taj Mahal Hotel and Palace (aka Hotel Mumbai). I walked through the lobbies and in the halls of the hotel where unsuspecting innocents were gunned down brutally and indiscriminately in 2008. I walked the streets that Pakistan-based terrorists plied to get to their targets.

When I visited Mumbai in 2005, I marveled at the peaceful, if impoverished, bustle of a vibrant street life in this vast metropolis of nearly 21 million people. I dipped into the world of the slums with World Bank economists to see with my own eyes how this place peacefully housed as much as 40 percent of the city’s population and many of the service workers that staffed luxury hotels like the Taj Hotel. The experience was so profound, thanks in no small part to my hosts, that my visits inspired the development of several teaching units in my classes at Florida State University on land use, urban development, social entrepreneurship, and urban planning.

I also remember being stunned at the breaking news recounting the wanton destruction of human life and its symbols by bands of suicidal Islamic terrorists as they descended on India’s premier business center. I knew how vulnerable the city would be, and all the chaos unfolding on the video screen revealed the heartbreaking truth about how evil exploits social vulnerabilities to bring down community, trust, peace, and prosperity.

Hotel Mumbai, the movie, captures it all—the heroism, the carnage, the evil, the heartbreak, the senselessness, the pure terror—while never losing its humanity. Thanks to a deft display of screenwriting and directing, audiences will identify with the humanity of the victims—rich and poor, Western and local—as well as, paradoxically, (a few of) the perpetrators without ever ceding the moral high ground to the terrorists. This is quite a feat because the body count is high and the deaths are gruesome. Yet, director Anthony Maras has even helped the audience feel great empathy for the pampered and privileged rich people staying in the Taj Hotel.

Hotel Mumbai doesn’t waste time with the opening scenes capturing the arrival of the terrorists in their inflatable boats as they motor across the bay and land near the Gateway of India. The Gateway landing is both a symbolic as well as a subtle example of visual storytelling. The arch, built in 1911 at the height of Britain’s colonial rule, was the traditional location where Europeans would enter the city. It was also the location of where the last British soldiers symbolically returned home after independence. It’s one of the most visited locations in Mumbai as a symbol of the city’s past and present. Because the Gateway Arch is also in close proximity to the Taj Hotel, audiences see the most important target in a sight line with one of the most important symbols of Indian independence.

The movie then takes the audience through a few of what would emerge over several days as twelve coordinated attacks on six high profile targets. The cameras bring us into the chaos that intentional violence creates among unsuspecting populations and in cities poorly prepared to anticipate and address the violence, on the streets, in cafes, and in more visible targets, such as the Taj Hotel.

In such a vast city, a terrorist attack in one section can go unnoticed for critical minutes by others in the city. Hotel Mumbai taps into this tension. As the terrorists unload, we meet tourists that will get caught up in the events as well as the serving staff of the Taj Hotel, particularly the hotel’s head chef (Anupam Kher, Bend it Like Beckham, Silver Linings Playbook) and a head waiter, Arjun (Dev Patel, Slumdog Millionaire, Lion), a slum dweller who is struggling to just make ends meet for his young family. We also meet Zahra (Nazanin Boniadi, Charlie Wilson’s War, Iron Man), an Indian from a wealthy family married to a clearly less wealthy American, David (Armie Hammer, Man from U.N.C.L.E., Call Me By Your Name, On the Basis of Sex), and their nanny (Tilda Cobham-Hervey). Meanwhile, as the terrorists deploy, we meet and get to know them, including Imran (Amandeep Singh), a young man from Afghanistan who plays a pivotal role in ensuring the film doesn’t fall into simple-minded anti-Muslim tropes.

No sense of humanity, however, can save the story from the brutality of the attacks themselves. The goal of the terrorists, rooted in the facts of the actual events, is to create as much mayhem, attract as much attention, and kill as many people as possible. Hotel Mumbai takes these tactics a step further, showing how the terrorists killed indiscriminately (by killing anyone in their sights), deliberately (by going door-to-door in the hotel), and at times strategically (by taking hostages). Notably, even though the attacks were supposedly against Western materialism and imperialism, the majority of casualties, dead and wounded, were locals. In fact, more than half the dead in the Taj Hotel were staff, many of whom stayed in the hotel to help their guests. If anyone has any doubt about the ruthlessness of the terrorist threat against the West or modern-day commerce, Hotel Mumbai will disabuse them of those notions pretty quickly.

Hotel Mumbai derives its cinematic power from more than fine acting and compelling storytelling. The movie stays reasonably close to the actual events, as harrowing and terrifying as they were. While most of the action takes place in the Hotel Taj, the movie intersperses enough scenes to show the scope and coordinated nature of the attacks to elevate the terror up a notch. Sometimes, reality is more terrifying than what can be conceived in a fictionalized story.

Hotel Mumbai is not for the meek. The movie has its share of heroes, but, as in the real events, not all heroes survive. There is tragedy amidst hope. There is pity for (some of) the misguided, as horrific as their decisions turn out to be. But no one leaves Hotel Mumbai innocent. They will have born witness, on the screen at least, to the relentless evil of modern-day terrorism.

Those interested in knowing more about India would do well to follow the work of Reason Foundation’s Shikha Dalmia.

My articles on Mumbai and India can be found here:

Samuel R. Staley is a Research Fellow at the Independent Institute and Managing Director of the DeVoe L. Moore Center in the College of Social Sciences at Florida State University. He is a contributing author to the Independent books, Property Rights and Housing America.
Posts by Samuel R. Staley | Full Biography and Publications
Hotel Mumbai India Islamist terrorism movie review Mumbai Terrorism
Comments
Before posting, please read our Comment Policy.