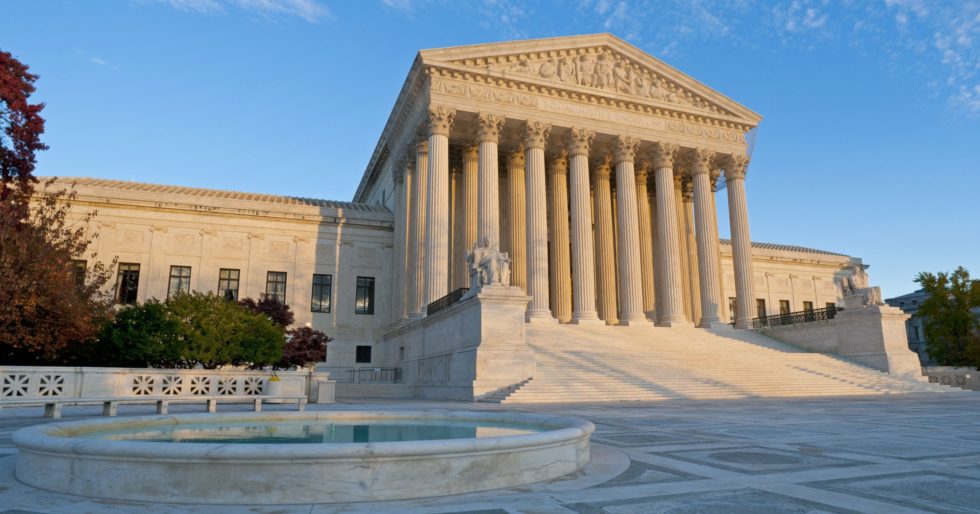 Republican representatives and senators are introducing proposals for a constitutional amendment to limit the number of justices on the Supreme Court to nine. This is in response to statements by several prominent Democratic presidential candidates that they will consider supporting legislation increasing the size of the Court to 15 justices from the current nine. Sens. Kamala Harris, Elizabeth Warren, and Kirsten Gillibrand have all expressed approval for expanding the Court in the hopes of a Democratic president nominating liberal justices.

The Constitution only mandates that there be a Supreme Court and a Chief Justice. It is within Congress’ discretion to staff the Court with associate justices as it sees fit. In the early years of the country, the number of justices fluctuated between 5-10. Since 1869, it has been fixed at nine.

The only serious effort to change the number of justices occurred in 1937 when FDR announced his “Court-Packing Bill.” Frustrated that the Supreme Court struck down many of his New Deal programs, FDR wanted to pack the Court with progressives who would sign off on New Deal legislation. FDR proposed to add one justice for every sitting justice over age 70, up to a total of six. FDR claimed that the older men on the Court could not handle the Court’s workload and thus young blood was needed.

FDR received a quick rebuke from progressive judges and lawyers, Congress, and the media. Court-packing proved unnecessary when Justice Owen. J. Roberts switched his vote on two New Deal cases (“the switch in time had saved nine” as scholars call it). FDR got the decisions he wanted and eventually abandoned the Court-Packing plan.

Republicans know that the amendment limiting the Court to nine justices has little chance of passing, or if passed, being ratified by the states. This is a political maneuver to force Democrats to take a position on Court-Packing. Democrats who vote against the amendment will be subject to election-year attacks as enemies of separation of powers, constitutional government, and checks and balances.

Scholars have described FDR’s rebuke for his Court-Packing plan “the worst political defeat ever endured by a president at the pinnacle of his power.” Republicans obviously hope that Democrats will not learn from history and will walk into the same buzz saw that FDR did.