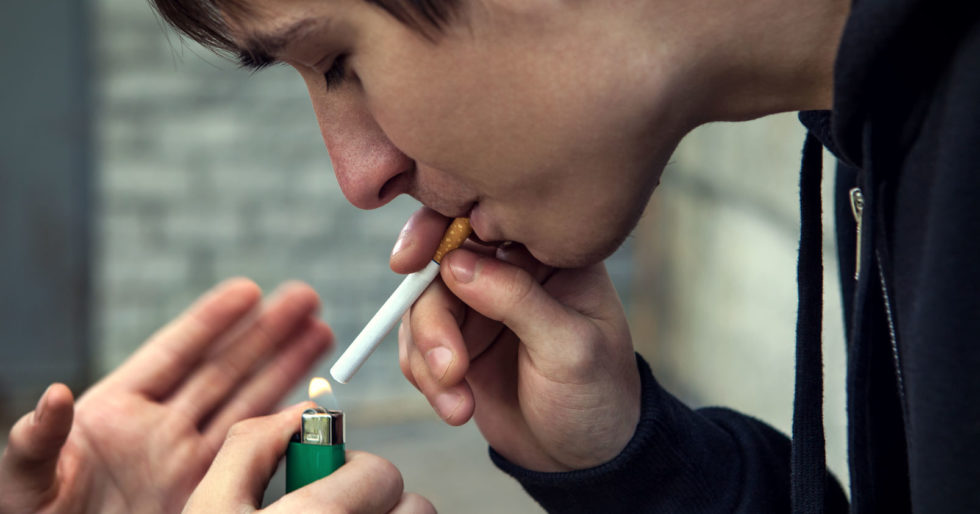 Teen Vaping Is Bad, but the Alternative Is Worse

In July 2017, the Food and Drug Administration enacted a comprehensive plan to regulate tobacco and nicotine products. The goal of this plain was “to better protect kids [from nicotine addiction] and significantly reduce tobacco-related disease and death.” Although most of the FDA’s efforts involved creating educational materials and bolstering warning labels, recent proposed regulatory changes have been described as a “historic crackdown” of the nicotine and tobacco products market.

The vast majority of the FDA’s “crackdown” occurred in the e-cigarette market, where the FDA has fined over 1,300 e-cigarette retailers, demanded five e-cigarette companies provide it with convincing plans on how they will prevent minors from using their products, and raiding one e-cigarette company’s headquarters to confiscate documents.

The agency then proposed several heavy-handed regulations including banning flavored e-juices, prohibiting convenience stores from selling e-cigarettes, and requiring age-verification when buying e-cigarettes online. Most recently, FDA Commissioner Scott Gottlieb announced he plans to meet with several e-cigarette company CEOs to keep them in compliance with their previous commitments made to the FDA.

The agency is apparently willing to commit considerable resources to prevent teens from using e-cigarettes. In Gottlieb’s own words, “When I first announced our comprehensive tobacco framework plan in July 2017, I recognized my opportunity – an almost unprecedented opportunity – to use the tools that the FDA had been given...to bring about meaningful, lasting change to dramatically alter this cycle of disease and death.”

The FDA’s efforts to regulate the e-cigarette market have vastly overshadowed its efforts to reform the market for other nicotine and tobacco products. In addition to proposing new regulations for e-cigarettes, the agency also proposed banning flavored cigars and eliminating methanol from cigarettes to keep minors from becoming addicted to nicotine. The FDA also proposed to reduce nicotine levels in cigarettes by as much as 97 percent.

Although e-cigarettes, cigarettes, and other products containing tobacco or nicotine are far from healthy, e-cigarettes are much healthier than the latter. According to an evidence review published by Public Health England finds e-cigarettes are 95 percent less harmful than cigarettes. The review also notes e-cigarettes contain considerably less risk for developing heart disease, lung cancer, and strokes.

In his book The Economics of Prohibition, economist Mark Thornton reminds us that “Prohibition is a supply-reduction policy. Its effect is felt by making it more difficult for producers to supply a particular product to market. Prohibition has little impact on demand because it does not change tastes or incomes of the consumers directly.” Thus, the FDA’s regulations will change only e-cigarettes availability to teens, not teens’ willingness to consume them. Consequently, teens will likely switch to a similar nicotine product.

Considering that most lifelong smokers began smoking before they turned 18 years old, and that the product closest to an e-cigarette is a cigarette, attempts to regulate e-cigarettes away from teens likely encourages them to consume more dangerous and addictive cigarettes.

In addition to being healthier than cigarettes, e-cigarettes can also help cigarette smokers quit smoking. The United Kingdom’s National Health Service (the UK’s national healthcare system) makes this recommendation: “If you have already tried other methods of quitting smoking without success, you might want to give e-cigarettes a go.” Canada’s national healthcare system (Health Canada) holds similar views.

The FDA’s efforts to reduce teen vaping rates will likely result in worse health outcomes by prompting teens to switch to smoking cigarettes. They will also deny teens and others a consistent and proven method to help them quit smoking. Neither will break the “cycle of disease and death.”

I am not writing to encourage using e-cigarettes or other tobacco and nicotine products. Like the FDA, I hope teens refrain from using tobacco and nicotine. But vice policies do not provide such utopian solutions. They only provide trade-offs. And the trade-offs we face to reduce teen vaping rates will only make an already difficult situation worse.