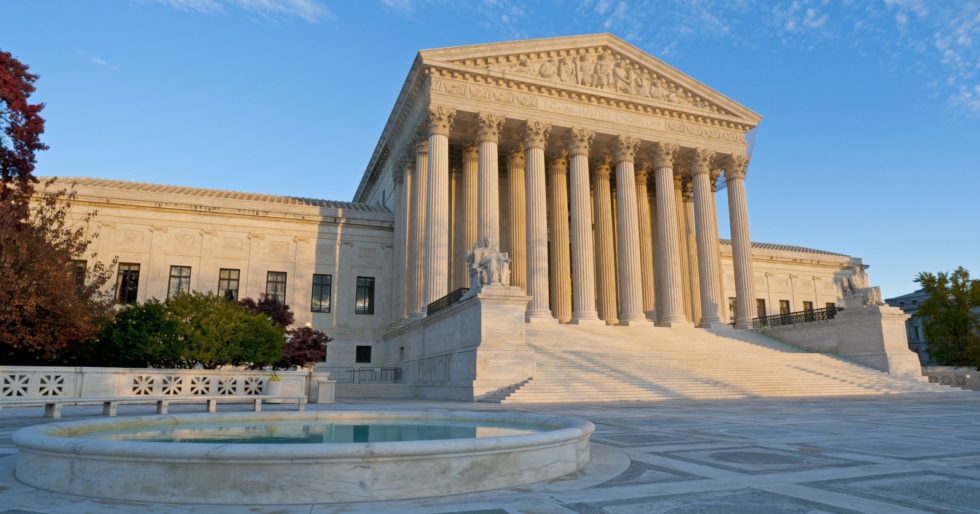 I just returned to the United States after a short-term teaching stint at European University in Tbilisi, Georgia. It seems I’ve arrived home on the tail end of a controversy over the venerable Marbury v. Madison decision. According to luminaries at the Washington Post, anyone who questions the greatness of Marbury is a “crackpot” and unfit to serve in the national government.

Decided in 1803, at the dawn of the new republic, Marbury v. Madison is the foundational case of American constitutional law. It represents Chief Justice John Marshall’s declaration that the Supreme Court possesses the ultimate power to interpret the Constitution and determine the legitimacy of acts of Congress.

Undoubtedly, this is the modern, mainstream interpretation of Marbury, but it also happens to be wrong. I wrote a law review article on this some years back for the Duke Journal of Constitutional Law and Public Policy, and expanded this article into a book: Judicial Monarchs: Court Power and the Case for Restoring Popular Sovereignty in the United States. Essentially, I argue that although judicial review naturally flows from principles of popular sovereignty, judicial supremacy does not. In fact, the modern concept of judicial supremacy would shock the Founding generation, including John Marshall himself. (Judicial review, as used in my argument, is the power of courts to review decisions of another department or level of government. Judicial supremacy holds that courts are the final arbiters of the meaning of the Constitution.)

It is hard to summarize the argument in a blog post, but Marbury simply took account of popular sovereignty and affirmed that the judiciary is a co-equal branch of government that must consider the Constitution when presented with an actual case or controversy. Most American judges and lawyers were schooled in the British system of parliamentary sovereignty where the courts could not review or strike an act of the legislature because Parliament was the ultimate sovereign. To read more into Marbury—judicial supremacy—undermines popular sovereignty and puts the Supreme Court in a position once occupied by the Stuart Kings and later the British Parliament: final arbiters of the law and above the people.

This more modest understanding of the opinion is borne out by contemporary reaction to the Marbury opinion. Although Jefferson’s Republicans and Marshall’s Federalists believed themselves to be in a battle for the survival of sound government in America, the Republican newspapers expressed little hostility toward the opinion. James Madison, the defendant in the case, paid even less attention to the decision or its ramifications. Madison put not a single comment in writing about the decision. Jefferson’s objections to the opinion were grounded in Marshall’s criticism of Jefferson’s decision to deny Marbury his right to the commission (issues one and two discussed in the opinion). The Republicans’ failure to criticize the Court’s discussion of judicial review is a strong indicator that there was little or no disagreement on this third point of the opinion. Jefferson was a champion of the people and principles of popular sovereignty that denied the legislature the exclusive right to interpret or modify the Constitution. Similar to the reasoning of so many state judges on the subject, Jefferson believed all three branches had a duty to regard the Constitution when performing their duties. And that’s all that Marshall really said in the opinion.