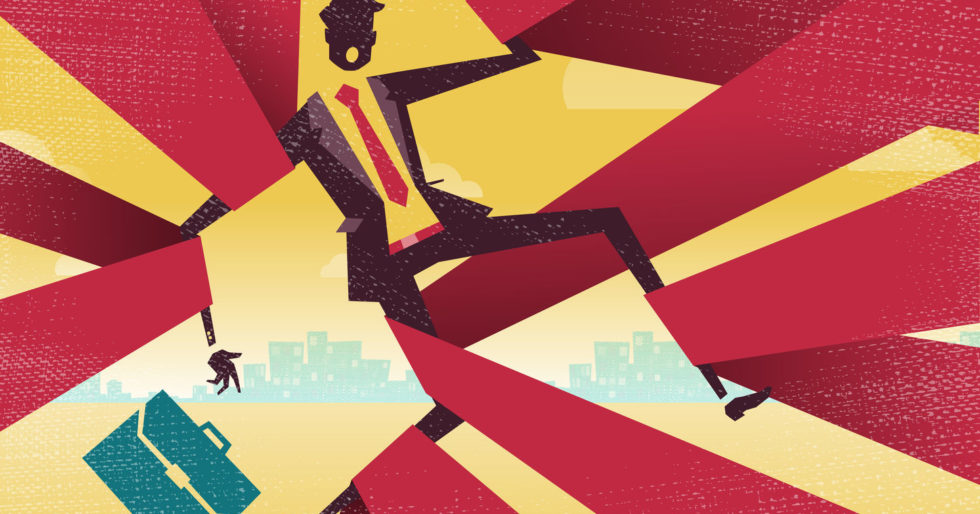 “The Summer of 82” was quite the show in Washington, with Trump Supreme Court nominee Brett Kavanaugh cast as a drunken sexual predator and accuser Christine Blasey Ford playing a Ph.D. who doesn’t know the meaning of “exculpatory evidence.” In the thrilling denouement, Kavanaugh gets confirmed but Ford fans warn that millions will die and the nation will become The Handmaid’s Tale. As he performs with the Supremes, Justice Kavanaugh might have something else in mind.

As we noted, John Yoo and Robert Delahunty found no major Kavanaugh opinions on abortion, gay marriage and such. Instead, Kavanaugh’s record “creates a deeper challenge to liberalism: rolling back the administrative state,” which the authors describe as “the great threat to individual liberty today.” As Yoo and Delahunty explain, “progressives have evaded the Constitution’s checks and balances on the federal government by unceasingly expanding its regulatory reach, transferring the actual authority to make the rules from Congress to unelected bureaucrats, and then demanding that judges defer to the results virtually without question.”

In his opinion on Consumer Finance Protection Bureau (CFPB), Kavanaugh ruled that the new federal agency, created during a recession, “violated the Constitution because it vested all power over consumer finance in the country in one person, but insulated him from removal by the president.” Before the CFPB, no federal agency exercising executive authority was ever headed by a single person, and a federal judge agreed with Kavanaugh that the CFPB is unconstitutionally structured. That raises a question about another curious practice.

Despite the massive federal bureaucratic state, presidents find it necessary to appoint various “Czars” to deploy executive authority and supposedly solve problems. “Czar” derives from Russian royalty and like those powerful aristocrats the American czars have no mandate from the masses. Perhaps Justice Brett Kavanaugh and his colleagues on the Supreme Court will have occasion to rule whether the presidential czars have any justification in the Constitution.