The FDA Plans to Regulate Nicotine in Cigarettes 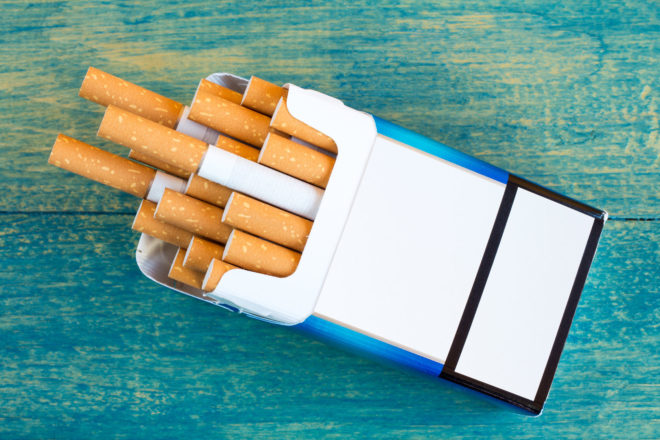 In an unprecedented effort, the Food and Drug Administration is working to significantly reduce nicotine levels in cigarettes. In one policy scenario, the FDA would set a limit of 0.4 milligrams of nicotine per gram of tobacco, reducing the typical nicotine level by 97 percent.

Their goal is clear: get current smokers to quit and deter future generations from getting hooked. Smoking is deadly, causing over 480,000 preventable deaths per year. It is also financially taxing, resulting in nearly $170 billion in direct medical cost costs annually.

While the amount of death and steep medical costs are concerning, good intentions do not always result in good outcomes. Several questions come to mind when assessing the FDA’s recent efforts. Among them are: How would changing nicotine levels change the incentives of smokers? Perhaps more importantly, how successful has the FDA been in the past in promoting public health?

Efforts to regulate vices frequently produce unintended, and harmful, consequences. For example, regulations placed on physicians and consumers to prevent opioid abuse often drive patients to seek dangerous illicit alternatives to manage their pain or cope with their addiction. Heroin is a common choice. For the FDA to prevent harmful consequences of their actions, reducing nicotine in cigarettes would be a start at best. What about all the other tobacco products smokers may turn to?

But how likely are smokers to quit or cut back once nicotine levels decrease? Efforts to tax cigarettes at the state and federal level to deter smoking have fared poorly. A National Bureau of Economic Research paper finds reducing smoking rates for adults by 5 percent would require at least a 100 percent tax rate on cigarettes. A recent article published in the New England Journal of Medicine reaches a similar conclusion. The authors do find some subject groups smoked less, however the largest decreases in smoking were from consuming 22 cigarettes a day to about 17. In addition to the limitations of results of clinical trials to withstand real world application, relatively little health benefits are likely to occur with these levels of consumption. Both articles foreshadow significant efforts resulting in minimal changes.

These efforts come at a time when smoking rates are already decreasing. From 1965 to 2014, smoking rates for adults decreased from about 40 percent to 17 percent, all without the FDA’s involvement. Further, many smokers have found a healthier alternative by switching to e-cigarettes. E-cigarettes are much healthier than regular cigarettes, can help smokers quit, and could save 6.6 million lives over a 10 year period according to one estimate. This alternative was made possible by the market. The FDA did not begin regulating e-cigarettes until 2016, ten years after entering the US market.

The FDA’s concerns are justified. Unfortunately, its solution is unlikely to help. When we look closer at the data and the market’s ability to provide safer ways to smoke, it might be better for the FDA to quit before it starts.