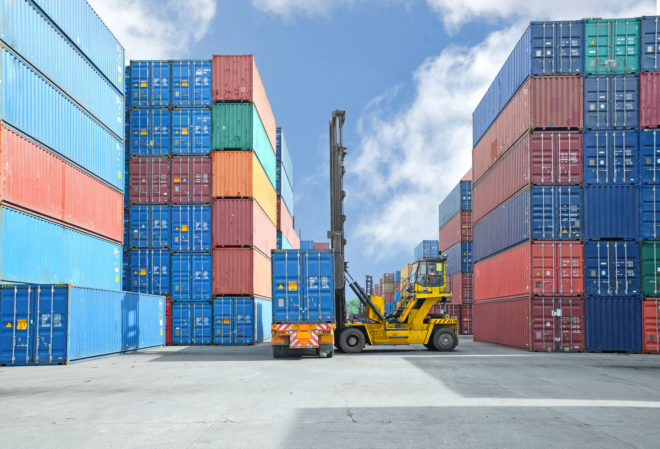 The Democrats could not have asked for a better ally than Donald Trump when it comes to trade protectionism. The president’s announcement that he will slap a 25 percent tariff on steel and 10 percent on aluminum is not only aligned with what most prominent Democrats, including Hillary Clinton, have been advocating for many years, but also conveniently timed (for them) to generate havoc in the Republican field in an election year.

Experience should have disabused most of us by now of the notion that Republicans stand on the principle of free trade. (George W. Bush also raised tariffs on steel imports, and the Republicans were just as eager as the Democrats to avoid voting for the Trans-Pacific Partnership at the end of the Obama administration.)

But one would think that a White House that has, after much effort, achieved a semblance of unity among Republicans, thanks to the decision to lower taxes and the relative dynamism currently shown by the economy, would be careful not to shoot itself in the foot by defying so openly the principle of free trade that at least some Republicans espouse and that will bring international retaliation against the home states of some of the leading members of Congress of the GOP. Not to mention the obvious harm that will be inflicted on the economy at large.

Trump’s announcement was just out of the oven when the head of the European Commission (the executive branch of the European Union) let it be known, with perverse precision, that in retaliation the Europeans will raise their own commercial barriers on Harley-Davidson motorcycles (which are produced in Speaker of the House Paul Ryan’s home state of Wisconsin), bourbon (whose epicenter is Kentucky, the home state of Senate majority leader Mitch McConnell), and many others products. Among them are agricultural exports that come out of the Midwest, the region that Trump is obviously trying to court with his protectionist moves and rhetoric with an eye on his re-election.

The end result is that Trump now has a problem with his own party, part of his own base, and will soon have trouble with the economy, since tariffs will hurt consumers, industries that rely on import of steel and aluminum imports, and those exports that will now be targeted by Asia and Europe (and perhaps Canada and Mexico if NAFTA unravels as well).

This is exactly how trade wars work. You take the first shot, then someone retaliates where it hurts you the most. Next you double down because you cannot afford to seem intimidated by foreigners. Then one day the world finds itself where it was after the protectionist Smoot-Hawley tariff was signed into law in 1930. Eventually, after much harm is done, the world decides to move back to (somewhat) free trade as it did after World War II....

The consequences of Trump’s protectionism are already being felt: the talk against Mexico’s “unfair” trade advantage over the U.S., part of the wider narrative coming out of the White House about Mexicans, has helped fuel the presidential candidacy of Andrés Manuel López Obrador, Mexico’s nationalist demagogue who has made a career of out standing against free enterprise and criticizing the United States. He is running ahead in the polls with close to 40 percent.

There is little hope that Trump will backtrack solely on economic arguments pointing to how his tariffs will end up hurting consumers, industries reliant on steel and aluminum, and exports. Let us hope the political backlash from part of the Republican base will do the trick. If not, the consequences will be ugly in the U.S. and the rest of the world.