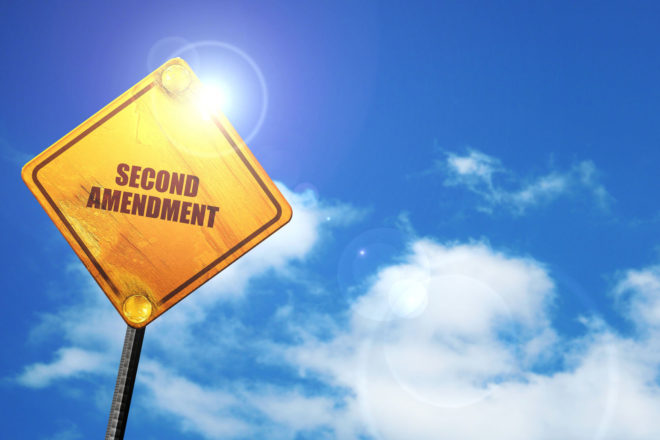 It’s easy at a time like this to appeal to emotions and say we have to do something to stop these shootings. It is more difficult to suggest regulatory changes that will actually reduce those shootings. Most suggestions would just impose costs on those who own and use firearms responsibly, for recreation, for hunting, and for their own protection.

One suggestion I’ve seen from time to time is to substantially increase taxes on the purchase of firearms and ammunition. Does anyone really think a mass shooter will be deterred by the high price of ammunition? This is the type of suggestion that would only impose costs on responsible users, but have no effect on criminals.

After the Florida school shooting, the suggestion I’ve seen most often is to ban AR-15s and other semi-automatic firearms. (Automatic weapons are already banned, for practical purposes.) This is a vague suggestion, but let’s look at it in more detail.

One answer is that there would be a prohibition against new sales, as was the case after the Brady Bill was passed in 1993. That ban grandfathered in those that were purchased prior to the ban, which could legally be resold by their owners. A Brady Bill-type ban would leave 5-10 million AR-15-type rifles in civilian hands. How effective would this be? It would raise the price of those firearms (which, under the Brady Bill, could still be sold by their owners), but we would need to consider that potential mass shooters would not likely be too concerned about the cost of a weapon.

Another answer would be that we would not only prohibit new ones from being sold, but confiscate the old ones. The Fifth Amendment, which prohibits taking of private property without just compensation, would likely mean that this could only be done if those whose weapons were confiscated were paid for them.

An additional problem is that there is no record of who owns those millions of AR-15s. Law-abiding citizens would turn theirs in, but criminals, by definition, do not follow the law. How many would remain in private hands, even if a law to confiscate them was passed?

While there would be logistical problems in the collection of 10 million, or 300 million firearms, there is also the political problem that such a large percentage of American households own guns, making any realistic proposal problematic. We hear a lot about the lobbying power of the NRA, but the substantial percentage of American households that own guns surely means there would be opposition to proposals beyond just NRA lobbyists.

One proposal I’ve seen that might have made a difference in this most recent shooting would require purchasers of firearms to be at least 21, up from the current age of 18. But this would have a minimal effect, and would not prevent those under 21 from using firearms purchased by their parents. It’s as reasonable a proposal as I’ve seen, but also unlikely to make much difference.

Waiting periods between the purchase and delivery of firearms have also been suggested, but I don’t know of any case in which a mass shooter used a firearm purchased only a few days prior. This is the type of proposal that imposes costs on responsible users but offers little protection against the criminal users.

I’ve heard the suggestion that firearms owners be required to undergo annual psychological examinations. This would be a boon to psychiatrists, but would surely disqualify more responsible people than stop criminals. How many mass shooters would have been flagged ahead of time, considering the background checks that are already required? People who are mentally ill are already not allowed to own firearms.

I’ll also note that when we’ve banned other things, that starts a robust underground market that is very attractive to criminal elements. Do we want to push the market for firearms underground as we’ve done with drugs?

I’ve probably rambled on too long here (one can do that in a blog) and only mentioned a few of the many regulatory suggestions I’ve seen. I’m in favor of commonsense firearm regulation, if anybody can think of regulations that would actually reduce the illegal use of firearms. But I have trouble thinking of regulations that would actually be effective, given the current regulatory environment, and given the current level of firearm ownership in the US. I have an open mind on this. What would you suggest?