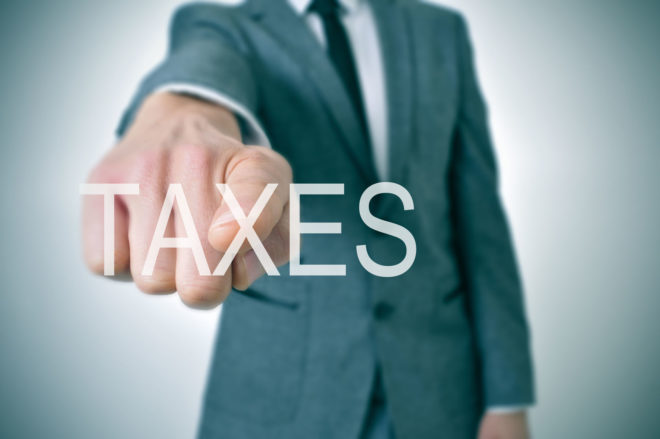 Many libertarians have embraced the slogan “taxation is theft.” I myself think it is more precise to say that taxation is extortion. But even saying that fails to capture how egregious taxation really is, especially income taxation.

When a mugger or a home invader accosts you, he points a gun at you or waves a knife in your face and demands your wallet or some other property. In most cases, if you surrender your property to him as he demands, he takes it and flees, and you will most likely never see him again. He is, in the classic phrase, the roving bandit.

In contrast, the state is, in Mancur Olson’s classic term, the stationary bandit. It extorts your money constantly, ceaselessly, and no amount of plunder sates its appetite for what rightfully belongs to you. You are milked endlessly by people who have no rightful claim to loot you, but do have the power to take even more of your wealth in the form of interest or penalties or to place you in a steel cage if you make too much of a fuss about being looted.

With income taxation, however, the matter is even more exasperating and outrageous. In this case, the state’s legal henchmen construct an immense body of rules for determining how much tax is “owed” by persons in a nearly infinite variety of circumstances, depending on the form and source of the income, the amount, the timing of its receipt, the permissible deductions from the taxable amount, and so on. The rules run to thousands of pages, and tax experts themselves, including those employed by the tax collection agencies, cannot agree on the amount of tax liability associated with even a moderately complicated tax return.

Yet, despite the virtual impossibility of correctly calculating a person’s tax liability, each person is held strictly to account, subject to criminal penalties, if he should miscalculate as determined by one of the tax collector’s auditors. In short, people are charged with accomplishing the nearly impossible, then punished when they fail. Not surprisingly, countless people live in fear of the state’s tax collectors, who are notorious not only for their stupidity, but for their aggressiveness, unreasonableness, and mercilessness.

So, people spend many hours of valuable time each year sweating over the accumulation of prescribed documents, filling out complex forms, and paying accountants and lawyers to help them steer clear of the horrors that lie in wait for those who make a misstep and get caught. And, to repeat, it never ends. Where is the mere roving bandit when we really need him?