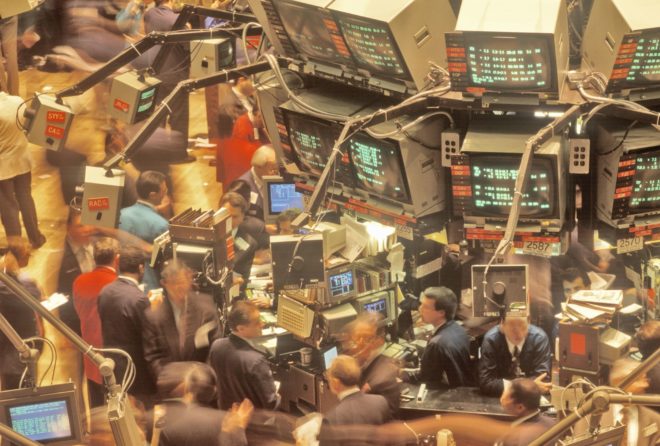 The Dow Jones Industrial Average, the index that tracks a composite of stock prices of 30 major U.S. corporations, recently experienced drops of 2.5 percent, 4.6 percent and 4.1 percent in less than a week. There are partial explanations for this. But if the best investors in history, including Warren Buffett, discourage reducing stock market movements to rational explanations and prefer instead to see them as reflections of the capricious human psychology, it is probably a good idea for most of us to shy away from seeking perfect answers. Otherwise we might be tempted to support public policies aimed at superficially sustaining the stock market bonanza.

Here are some partial explanations for the recent declines. One is the gross overvaluation of the stock market, which has been divorced from the real performance of companies for a while. Just before the recent stock market plunges, the CAPE ratio, which measures the relationship between stock prices and the average earnings of the last decade, was at a level higher than on the eve of the Wall Street crash of 1929. Also, the ratio between the total stock market value and the size of the U.S. economy, which tends to be similar when equities are not overvalued, had entered the high-risk zone: the total market capitalization was 40 percent above GDP.

If we add to this logical overvaluation explanation the fact that interest rates have been artificially low for political reasons for years, the real question is why these bumps did not happen earlier, since it’s been apparent for some time that even central bankers are uncomfortable with the distortion in the stock market. Low interest rates tend to boost stock markets, partly due to the lack of better alternatives (bonds yield little return), partly because the excess of money has to be invested in something, and partly because business valuations get distorted. But at some point investors realize the party cannot go on forever.

These rational answers, however, do not explain why the market declines happened last week rather than a few months before or later, why the drops were followed by slight rises, and why the same investors who believe that interest will continue to rise because the improving economy will boost inflation did not think the same thing months ago. After all, the U.S. economy had been improving for a while.

Not everything is wholly intelligible, especially stock movements that reflect the decisions of so many people with different and complex psychological dispositions (and arbitrarily programmed computers). Therefore, politicians who use the Stock Exchange to either validate their own performance or discredit their opponents make a serious mistake. President Trump had been boasting for months that the stock market kept climbing because of the confidence his policies inspire. While it is likely that the promise to reduce taxes positively influenced short-term stock movements, the recent panic shows how risky his claim was. If we enter a bear market, the blame will fall on, you guessed it, Trump himself.

The danger of seeing the stock market as a measure of political performance is that the government will be tempted to intervene. Politicians will pressure the central bank so that, in response to the stock market decline, it resorts once again to artificial solutions. This would mean suppressing interest rates further or making massive bond purchases again, which would only deepen the problems incubated by interest-rate manipulation all these years.

The United States needs to return to reality as soon as possible. Among other things, government debt has tripled in per capita terms since 2000. The illusion that rapidly growing indebtedness was easily manageable because interest rates were low helped kick the problem forward. A new binge of interest-rate manipulation to boost equities would be extremely dangerous.

The Stock Exchange was not invented to correct reality but to honor it.