Trump: The State of Our Union Is Strong 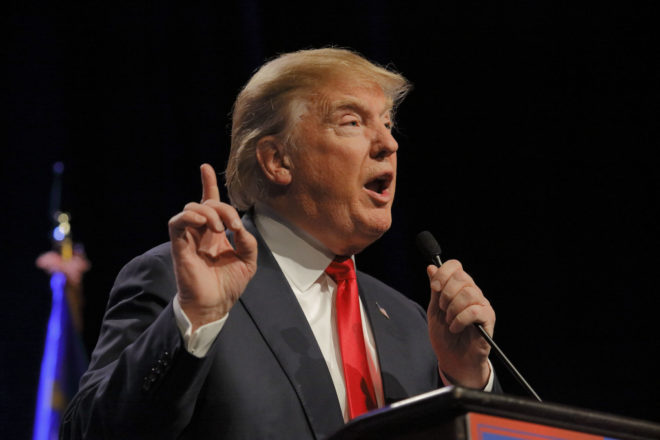 He began by talking about American heroes who responded to natural disasters and shootings, followed by a recounting of the strength of the economy. He mentioned our resurgent energy industry, manufacturing growth, the booming stock market and the plummeting unemployment rate. Those are comments on America; not American government.

Politicians typically talk in terms of aspirations rather than policies. They talk about goals they would like to accomplish (or have others accomplish) rather than actual policies that could realize their aspirations. While the president’s talk shared this characteristic, he did offer some concrete policy recommendations.

The place where he was most specific was immigration policy, where he described four pillars of his plan: a path to citizenship for those brought here as children, securing the border (this sounds more like an aspiration than a policy), ending the visa lottery system, and ending chain migration.

He talked about lowering the cost of drugs and developing breakthrough cures. Those are aspirations everybody shares, so they make good political theater, but he offered no hint as to how those aspirations might be realized. But he also wanted to allow terminally ill patients access to experimental drugs. That’s a policy. He didn’t say whether medical marijuana was one of those experimental drugs.

He talked about negotiating better trade deals without any concrete statement about what’s wrong with existing trade deals or what would constitute a better deal. That’s an aspiration, not a policy.

He spoke about “fighting the drug epidemic,” but this clearly is an aspiration, not a policy. We’ve been fighting a “war on drugs” for decades. It looks like the drugs are winning, and the president offered no specifics about how the tide might be turned.

In international affairs, the president talked about China, Russia, terrorist groups, and “rogue regimes” without giving a hint as to what policies he would use to address them, beyond (as with infrastructure) spending more money on the military.

One challenge he didn’t mention is our substantial and rising budget deficit. Once viewed as a major issue, it appears Americans have become so accustomed to deficit finance that nobody even notices anymore. So, President Trump can talk about spending more money on infrastructure, spending more money on the military, and cutting taxes, without anybody even raising a question.

That’s my reaction to the content of the president’s address. If I were grading it, I’d give the president better than a passing grade. I don’t expect these addresses to have much content, and the president meets the bar there. His delivery was good, but he’s not as inspiring a speaker as Ronald Reagan, Bill Clinton, or Barack Obama.

All-in-all, his performance had to enhance his image. He did appear presidential in his remarks, which is more than can be said for remarks he’s made on Twitter and elsewhere.