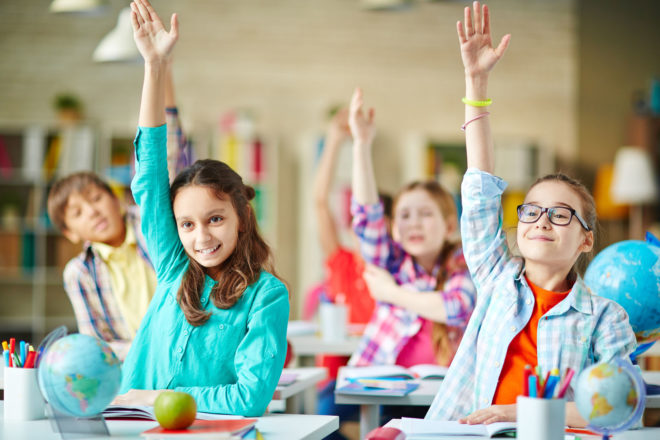 The survey was conducted by Beck Research, a respected Democratic polling firm whose previous clients include the National Education Association (see here, here, and here), the country’s largest teachers union and the parent organization of the California Teachers Association—both staunch opponents of school choice (see here and here).

Fully 61 percent of white Americans support school choice, but support is especially strong among minorities, including:

For example, it is commonly assumed that school choice isn’t needed or wanted beyond urban, inner-city areas. Not so.

Majorities of likely voters support school choice regardless of their locale, including respondents living in areas that are designated:

These findings suggest that parents, regardless of their zip codes, want an array of choices so they can find the options they think will work best for their children.

And what types of school choice do Americans favor most? In most cases, the choice programs the California legislature has refused to enact, including:

When it comes to education reform, most Americans want “major changes” not tinkering around the edges—and their ranks have swelled to 65 percent this year up from 58 percent last year. The desire for major reform also enjoys widespread, diverse support, including voters who are:

According to the Beck pollsters:

Over the past year, school choice has become more of a hot-button issue. Despite sustained attacks, school choice has made significant progress on the state level and nationally support remains strong and consistent. ... Voters remain enthusiastic about school choice and back a broad range of educational choice programs.

Commenting on the survey findings, John Schilling, President of the American Federation for Children, notes that:

This year’s National School Choice Poll shows that families want educational opportunity and freedom when it comes to their child’s education. Almost all voters want private school choice options available in some form, public charter schools remain quite popular, and the concept of school choice is favorable across the nation’s ideological, geographic, and racial and ethnic backgrounds like no other issue in 2018. This is the time for policymakers to think boldly about putting students first and providing more and better educational options to ensure every child has access to a great education.

One example of bold, student-centered thinking would be for California lawmakers to enact tax-credit financed education savings accounts, or ESAs, for preschool, elementary, middle, and high-school students.

Like the American Federation for Children national survey, a recent poll by the Public Policy Institute of California found that most Californians across political and socio-economic lines support tax-credit scholarships—including two-thirds of public school parents. ESAs funded through tax-credit contributions would go a long way toward satisfying Californians’ demand for more education options and more responsible education spending.

California’s current education system, which largely rations education based on where a child’s parents can afford to live, is a relic of a bygone era. Such a system cannot provide the customized preparation students need. In contrast, tax-credit ESAs would empower parents and guardians to personalize their child’s education, and would foster an educational landscape that can quickly adapt to meet the diverse needs of students and their families.