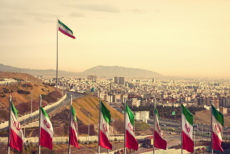 As I read about the demonstrations in Iran, my thoughts turn to conversations I’ve had with Iranian citizens over the past several years. From 2011-2016 I taught in a week-long summer program on public choice put on in the Republic of Georgia by the New Economic School headquartered in Tbilisi, Georgia. The program attracted students from between 25 and 35 different countries each year, and every year some students were from Iran.

I always enjoyed talking with the Iranian students, and hearing about their views on life in Iran, and their government. While I can’t claim that the students in attendance were a random selection of Iranians, one thing that came through very clearly in talking with them was a general dissatisfaction with their oppressive government.

News coverage of the demonstrations notes Iranian leaders blaming the demonstrations on foreign interference by Iran’s enemies, including Saudi Arabia, Israel, and of course the United States. While I have no doubt that political leaders in those (and other) countries would be happy to promote demonstrations against the Iranian government, I also have no doubt, from talking to Iranian citizens over the past several years, that the main source of unrest comes from Iranian citizens, not foreign governments.

The Iranians I talked with did not like the oppressive social policies in Iran, nor the heavy hand the Iranian government was playing in the economy. They were concerned about government monitoring of their activities, and potential penalties that might be imposed on them for stepping out of line in any way.

I recall one female student who was happy to have been freed from the requirement that she cover her hair with a headscarf while out of the country, but she always carried one with her to put on in case photographs were being taken. Her concern: that a photo of her without a headscarf might show up on Facebook, and be spotted by some government agent who was monitoring her activity.

Despite dissatisfaction with their government, the Iranians I talked with were hoping for incremental change leading to more freedom, and were disinclined toward any revolutionary activity. Why? Because they remembered the Revolutionary Guards crushing the widespread 2009 protests, and thought that similar demonstrations would result in similar crackdowns, and ultimately a loss of freedom.

Their oppressive and authoritarian government had intimidated them into thinking that working within the system for incremental change was the best they could hope for to give them more freedom.

With that as background, the current demonstrations in Iran are bad news for the Iranian government. If citizens really were intimidated into not speaking out against the government they believed was oppressing them, that suggests a widespread undercurrent of dissatisfaction that will only continue to surface and grow as it becomes increasingly likely that the protesters could succeed.

They did once, in 1979, which led to the Islamic Revolution that put the current system in place. Many Iranians now see that as a mistake, one they tried to rectify in 2009, only to be violently put down and, I say again, intimidated from rising up again.

Now, they are rising up again, and the silent undercurrent of dissatisfaction has the potential erupt and create major change. This is something that certainly would be welcomed by Iran’s foreign adversaries, but those foreign adversaries are not the ones behind the uprisings. Those uprisings are the result of the pent-up and repressed dissatisfaction of the citizens of Iran.