Our Land, Our Infrastructure, Our Country—a Lot of Loose Talk 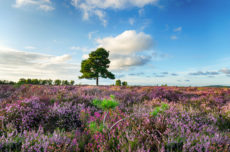 Many Americans talk about “our country,” “our public lands,” and “our infrastructure.” Such terminology is inaccurate and misleading. Genuine de facto ownership entails control of the property and the benefits it generates. No one owns the country, though the thousands of governmental entities make and enforce claims to various parts and aspects of it. Local, state, and federal government bureaucracies own the so-called public lands and the infrastructure. In view of the incentives and constraints of these governmental entities, it is only to be expected that the properties will be misused and in many cases damaged or destroyed. After all, if the de facto owners destroy the value of the property, they bear no loss of personal wealth, and hence they have little incentive to avoid such ruination, especially if the mismanagement of resources somehow promotes their political or bureaucratic careers, which is often the case.

You may imagine that because you paid taxes, obeyed laws, or carried out other duties laid on you by the various governmental entities, you have a rightful claim to partial ownership of public property. But these governments beg to differ with you, and they stand ready to back up their own claims as de facto owners with force and violence if need be.

In short, mis amigos, you don’t own squat—not the country at large, and not its public lands or infrastructure, either. Indeed, in a substantive sense you don’t even own your so-called private property, because you hold such property only subject to payment of stipulated property taxes and compliance with untold regulatory requirements. On this range, amigos, you are little more than a milch cow for your masters—and that’s not a mooot point.