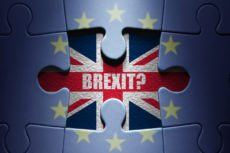 My report A Trade Policy for a Brexited Britain, published by the Institute of Economic Affairs last month, had a short section on EU tariffs. I gave the example of how in October last year EU tariffs on orange imports were quintupled from 3.2 percent to 16 percent. This example has been challenged by some on the Remain side, who have suggested that I got my facts wrong.

In fact, the source was Dan Lewis, a leading authority on EU tariffs, who wrote on precisely that subject on BrexitCentral last November: “New 16% import tariffs on oranges show why we must leave the Customs Union”. This example illustrates classic EU tariff policy in action. A bunch of producers elsewhere in the EU—in this case Spain—complained about competition from South African orange exporters and lobbied to increase tariffs. They got their way and the net result as it affected the UK was to increase the cost of orange imports to the UK. Lewis also provided some links (here and here) to the Spanish producers’ lobbying efforts and to one of the tariff schedules on his database.

One should note, however, that EU tariffs are subject to potential change on a daily basis, and as of August 24th this year, gov.uk/trade-tariff indicates that orange tariffs range up to 12 percent, and tariffs across the broader group ‘Edible fruit and nuts; peel of citrus fruit or melons’ range up to at least 17.6 percent. The tariff policy would appear to have a seasonal element.

Seasonal or not, this policy provided no benefit to the UK. Admittedly, it did provide some element of job protection to Spanish producers, but I would suggest that the primary concern of UK policymakers should be to promote the interests of UK consumers, not those of overseas producers. Elsewhere in my report I gave examples showing that tariffs can be an extremely expensive way to protect jobs. They also destroy jobs in non-protected sectors by making imports needlessly expensive.

The oranges tariff is far from unique. As Lewis continued:

Sadly, producer interests are all too frequently the basis for so many of the 12,651 import tariffs that form part of the External Tariff Wall. Consumers—a disparate and diverse group at the best of times—are simply no competition for the concentrated lobbying power of companies in Brussels. But if Brexit is primarily about the democratic restoration of the country, we should clearly start setting a path that puts consumers first.

The UK should therefore promote free trade and eliminate barriers to imports as soon as possible. As the then-Prime Minister Sir Robert Peel concisely put it in a Commons Debate in 1843: “I am bound to say that it is our interest to buy cheap, whether other countries will buy cheap or no.”

The tariff on orange imports is far from being the least justifiable of the EU’s many thousands of tariffs. Consider coffee. There are a number of different tariff schedules on coffee imports and the general idea underlying them is that raw materials get zero or very low tariffs, but the processed coffee imports that compete with EU coffee processors currently attract tariffs of up to 11.5 percent.

Remember that when you buy your next ‘fair trade’ coffee.

Then there are the high tariffs on clothes and footwear. In his report The Essential Guide to EU Import Tariffs 2016, Lewis reported that these tariffs accounted for 37 percent of total tariff revenue. These tariffs constitute a regressive tax, affecting the poor relatively more than the rich. They destroy retail jobs in the UK and destroy jobs in the countries that export these commodities—poor countries that the EU claims to wish to help. There is no good reason why importers of clothes and footwear should pay higher tariffs than other importers, and it is not even as if there is any significant domestic industry left to protect.

At the other extreme, the Lewis report lists many commodities that generate utterly trivial tariff revenues. Out of a grand total of just under £3 billion, ‘Live animals’ for instance collected just 0.01 percent or £200k of all tariffs across the UK in 2015, and ‘Paper and paperboard; articles of paper pulp, of paper or of paperboard’ raised a meagre £51 in revenue collected. What purpose do these tariffs serve?

There are plenty of other senseless tariffs too. There is a 4.7 percent tariff on umbrellas having a telescopic shaft, presumably designed by an Anglophobic EU bureaucrat to punish the UK for its weather, but why also punish Ireland? There is a tariff of 1.7 percent on swords, cutlasses, bayonets, lances and scabbards and sheaths therefor, but my all-time favorite in the dumb tariff category has to be the 15 percent tariff on unicycles. One wonders which clown set that.

Kevin Dowd is a Research Fellow at the Independent Institute and co-editor of the Independent book, Money and the Nation State: The Financial Revolution, Government and the World Monetary System (with Richard H. Timberlake, Jr.