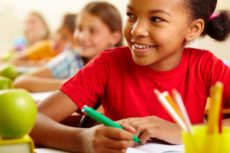 Parental choice in education has many advantages, as we see in the growing majority of states with choice programs. Yet using the federal government to expand educational choice is risky, as The Heritage Foundation’s Linsdey Burke, The Cato Institute’s Neal McCluskey, and I explain in our Washington Post editorial.

The Trump administration has made clear that it wants to support school choice. In his February address to Congress, the president called education “the civil rights issue of our time,” and he has pledged to direct $20 billion to advance choice. He also picked school choice stalwart Betsy DeVos as his education secretary.

Trump deserves credit for seeing the need to weaken a government monopoly, let parents choose the best education for their unique children and leave educators free to teach as they see fit. But there is great risk in federalizing choice: He who pays the piper calls the tune, and federal control could ultimately impose the same regulations on once-independent schools that have stifled public institutions.

Consider higher education. Today federal aid amounts to around $158 billion, up from about $16 billion in the early 1970’s, and close to three-fourths of undergraduates now receive some form of federal funding to pay for college. Think all this money comes without strings? Think again:

Attached to all that aid are volumes of regulations that have increased in scope and intrusiveness for years. There are rules eroding core legal protections for students accused of sexual misconduct and blunt measures of school quality that fail to account for even basic variables such as the composition of a school’s student body or big state subsidies. And colleges deal with a student body of adults—imagine the rules that could be instituted for children, who are not assumed to be capable of caring for themselves.

Not even tax credits for college expenses are immune from federal meddling via the accreditors the feds regulate. There’s no reason to believe K-12 tax-credit scholarships would be immune.

It is likely that a federal K-12 tax credit would start with a similar thicket of requirements for accreditation or eventually end up there. If something were to go wrong at even one or two schools accepting scholarship students, choice opponents and “accountability” hawks would likely head right to the regulatory presses.

Of course, such regulation can happen at the state level. But that is where federalism—states and Washington controlling different matters—can help. States are “laboratories of democracy.” They can try different policies, and do so without exposing everyone to possible failure. States also compete for residents and businesses, creating a much greater incentive to care about efficient and effective policy than Washington has.

If the federal government delivered choice through a new nationwide model, it would likely swamp these democratic labs and snuff out competition among differing choice policies, including vouchers, education savings accounts and other ideas of which no one has yet dreamt.

So is there anything the federal government should do to expand parental choice in education? Yes.

[The Trump administration] can put the D.C. Opportunity Scholarship Program on a permanent and expanding footing. During nearly every budget cycle over the past eight years, the Obama administration attempted to zero out funding for choice in the District, a place where the feds actually do have constitutional authority to govern education. Thousands of low-income children could finally feel assured of their places in safe, effective, chosen schools.

The administration could also propose expanding choice to military families and children attending Bureau of Indian Education schools — the latter deemed the worst-performing schools in the United States.

Those offer major opportunities to create choices where few or none exist. Along with use of the bully pulpit to promote state-level choice, they would go far to advance the cause of educational freedom and opportunity.