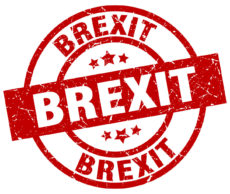 My new monograph, A Trade Policy for a Brexited Britain, was published on Friday by the Institute of Economic Affairs. Here is a brief synopsis:

Adam Smith once observed that “Consumption is the sole end and purpose of all production; and the interest of the producer ought to be attended to only so far as it may be necessary for promoting that of the consumer. The maxim is so perfectly self-evident that it would be absurd to attempt to prove it.”

Economic activity is justified by how much it enables us to expand our consumption and one way to do that is to buy at the cheapest price.

Another way is to promote specialization in order to exploit the efficiency benefits of comparative advantage in production. To quote Smith again:

“It is the maxim of every prudent master of a family, never to attempt to make at home what it will cost him more to make than to buy. The tailor does not attempt to make his own shoes, but buys them of the shoemaker... What is prudence in the conduct of every private family, can scarce be folly in that of a great kingdom.”

He gives the example of Scotland being able to use greenhouses to produce wine at 30 times the cost of importing it.

Why would we want to produce something that we can buy more cheaply?

It follows that tariffs are self-harmful, both because they make us pay more than we need to and because they impede efficient production.

These home truths should be the drivers of UK post-Brexit trade policy. The UK should therefore promote free trade, which would lower import prices and increase productivity and wages.

The primary way to promote free trade is to eliminate all tariff and non-tariff barriers to imports. Consumers can then buy at the cheapest prices.

But wouldn’t such a policy of Unilateral Free Trade (UFT) harm our producers and employment?

An objection sometimes made is that UFT would preclude the UK threatening other countries with “tit for tat” tariff policies. It is true that UFT would preclude such policies, but this is actually to be desired because tariffs are self-harm. The primary objective of trade policy should be to promote consumers’ interests, not producers’ interests. If other countries’ governments choose to harm their own people by imposing tariffs, then that is between them.

UFT should also be supplemented by efforts to reach trade agreements with major trading partners, including the EU. The purpose of these deals should be to promote free trade, but the recent record of trade agreements is not auspicious: multilateral trade deals have achieved little trade liberalization in over two decades. Recent deals such as the Transatlantic Trade and Investment Partnership do not seek to promote free trade as much as to promote regulatory harmonization and the woolly notion of “partnership.” The UK should avoid such deals and instead seek genuine free trade deals that focus on reducing trade barriers.

As for the EU, a trade deal is desirable but not essential and the UK should be ready to walk away from any bad deal offered by the EU. Contrary to common perception, the UK has little to fear from the EU imposing tariffs on exports from the UK: EU tariffs are mostly low and World Trade Organization rules prohibit the EU from imposing punitive tariffs. And as it is in the UK’s interest to maintain free trade with the EU, it is also in the EU’s own interest to maintain free trade with the UK.