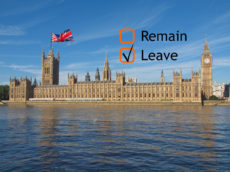 You will by now have seen the news from the United Kingdom: Prime Minister Theresa May is calling a snap general election. Frankly, I had been wondering why she didn’t do this earlier.

Here is my quick take:

Now, I admit that I was never a great fan of Mrs. May. I don’t care for Tory “law and order” types who have a long history of instinctively overreacting, especially in Ireland, and as Home Secretary she supported measures that greatly restricted our freedom.

But she is proving to be a skilled and formidable Prime Minister. She respected the result of the Brexit referendum despite being a Remainer herself. She got it right on the UK leaving the Single Market, she is doing a good job dealing with EU leaders, and she is right to blame Scottish National Party leader Nicola Sturgeon, who will just not keep quiet with her daily demands for IndyRef2, a second referendum on Scottish independence. Calling an election will not only give Mrs. May a fresh five-year mandate, but it should also sort out the Sturgeon problem once and for all.

Remember that the Scottish referendum was sold as a once-in-a-generation choice: the SNP were happy with that arrangement before the election. “Scotland must have its say over its future,” they said, very loudly. They were right, too. So Scotland had its say and voted to stay in the Union. Ms. Sturgeon’s immediate response was to demand another election because she did not like the result. “Sore loser” hardly begins to describe it. For a party that claims to support democracy, this is rank hypocrisy. They support democracy only so long as the voters vote their way. That type of “democracy” is known as a People’s Republic.

Now look at the opposition:

Labour are a total mess. They have a hopeless leader, can’t agree on anything, and are in a state of permanent civil war. Mr. Corbyn’s chances of winning are about the same as my chances of playing center forward for Brazil. It is being said that Labour MPs are already working on their résumés.

The Lib Dems are no longer a major party after the disaster of Nick Clegg’s leadership saw the number of their MPs dwindle to nine. You could just about fit them into a single taxi. Their current leader, Tim Farron, campaigned for a second Brexit referendum, i.e., he wants us to keep repeating the Brexit vote until we get the “correct” result. This disrespect for the democratic process is a big electoral liability, and the Tories can rightly paint them as hypocrites.

The Scots Nats are doing badly in Scotland. Their economic record is dire, and the Scottish Tories are gaining ground under an effective leader, Ruth Davidson. The Nats can hardly make any further gains in Westminster and are likely to lose ground especially if the Tories put a lot of effort there, as they will. The Tories can then say that if the Scottish people really do want to have a second independence referendum, then they should vote SNP.

The leaders of all three opposition parties have welcomed the decision to call an election so they can make their case to the people. Good luck to them. The common saying that turkeys do not vote for Christmas would thus appear to be wrong.

Theresa May will clearly win this one and will then have a strong mandate to govern for the next five years. The Nats will be put in their place, and my guess is that Ms. Sturgeon will then have to take the fall and resign.

The only slight issue is that Mrs. May can’t call an election unless she loses a vote of confidence, so she will have to make sure she does. I suppose the way to do that is to call a vote of confidence and make sure that enough Tory MPs help out by abstaining. The opposition will hardly be able to vote with the government, and the Prime Minister will get the election she wants.

And hers will be the only major government in Europe this year to be re-elected with a stronger majority or to be re-elected at all—and it demonstrates, almost uniquely across the EU, that the UK has a democratic system of government that for all its faults is actually working.

This show is going to be a real fun one to watch.

Independent Institute Research Fellow Kevin Dowd teaches economics and finance at Durham University Business School and is the co-editor of Money and the Nation State: The Financial Revolution, Government and the World Monetary System.