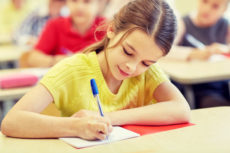 Last week I had the pleasure of speaking about the future of school choice at an event hosted in Washington, DC, by the Independent Women’s Forum, featuring The Heritage Foundation’s Lindsey Burke and SAVE President Edward Bartlett.

The core issue of this public policy debate is not about money. It’s about competing visions over who has the right and responsibility for the education and upbringing of children.

...a pure fountain from which a pure stream can be poured upon all the States. We want a controlling head by which the conflicting systems in the different States can be harmonized, by which there can be uniformity. ...I take the high ground that every child [is] entitled to an education at the hands of somebody, and that this ought not be left to the caprice of individuals or [the] States so far as we have any power to regulate it.” (Remarks made on June 8, 1866, pp. 3044-45)

Flash forward over 150 years. Earlier this month Arizona enacted what is being hailed as “the most expansive choice program in the country,” a universal education savings account (ESA) program, which is being phased in to include all students over the next few school years (SB 1431).

The concept behind Arizona’s ESA program is simple. Parents who don’t prefer public district or charter schools simply inform the state, and 90 percent of the state base funding that would have gone to a public school is deposited into a child’s ESA instead. That amount would be approximately $5,600 for each non-disabled student. Students from low-income families would receive 100 percent of the state base funding.

Such customization is a far cry from the one-size-fits-all vision animating the US Department of Education. Parental choice programs also challenge the notion of who the real education experts are: far-off government bureaucrats or children’s parents.

That in a nutshell is the real education debate—not money, since parental choice programs offer families education options that are far less costly than public schools.

Arizona Republic columnist Robert Robb recently explained that all the doomsday predictions that parental choice programs would “starve” public education amount to a lot of smoke and mirrors. His points are particularly timely since this month Arizona is celebrating the 20th anniversary of its flagship tax-credit scholarship program, which also makes all Arizona students eligible for privately-financed tuition scholarships.

As Robb explains, arguments over money have always been a “diversion”:

Instead, the debate is rooted in different views of the role of government in educating children. The government, through the coercive power of taxation, establishes a central pool of resources for the education of students.

Vouchers supporters believe that the pool should be used to provide the best educational opportunity for each child as determined by their parents. A proportionate share of the common pool should be available irrespective of whether that choice is a district, charter or private school. The focus should be on what is best for each child individually.

Indeed—government control at all cost.