Who Are the Demanders of Local Government Services? 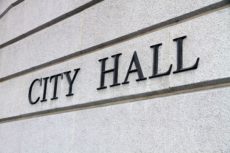 The result is that we get policies like No Child Left Behind, which comes with federal mandates and guidelines that direct local government education spending. Teachers “teach to the test” because federal funding demands it. We get militarized local police forces because the federal government provides grants and equipment to arm local police department with military vehicles and military weapons.

Local governments force their own constituents to pay taxes. Locals don’t have any say in whether they want to “buy” what their local governments are selling, short of moving out of the jurisdiction. Local governments don’t need to produce what local taxpayers want to get their money.