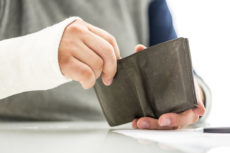 A new study of past-due medical debt, by Michael Karpman and Kyle J. Kaswell of the Urban Institute, shows that the expansion of health insurance coverage subsequent to the Affordable Care Act is associated with a reduction in the proportion of adults with past-due medical debt.

In 2012, 29.6 percent of U.S. adults had past-due medical debt, versus just 23.8 percent in 2015. The study does not define “past-due” nor the average amount of medical debt that is past-due. However, an earlier Urban Institute study defines credit card debt as past-due if it is over 30 days late. That study also reported 35.1 percent of adults in 2014 had debt in collection (that is, more than 180 days past-due)! The average amount was $5,178, or 7 percent of average household income of $72,254. The first study cites research that almost half of debt in collections is owed to hospitals and other providers.

Further, other research indicates no change in the proportion of Americans having trouble paying medical bills from 2005 through 2015. What really stands out in the Urban Institute study is the proportion of 18 to 24-year olds with past-due medical debt: 27.3 in 2012 versus 21.1 percent in 2015.

Seriously? One in five Americans aged 18 through 24 has past-due medical debt? What could possibly be driving that? I suggest health insurance itself is a cause. We still have a system where insurers control prices and charges. People have little idea how much they will pay out of pocket until long after they receive care. Claims have to be processed, and Explanations of Benefits (EOBs) and invoices have to be mailed.

Indeed, it would be virtually impossible for an American patient to pay a medical bill within 30 days. If we paid our doctors directly, instead of sending our money on a convoluted voyage through insurers’ bureaucracies, medical debt would go down a lot.