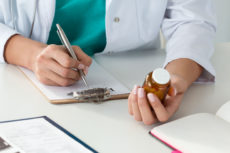 New research by scholars at the University of Pittsburgh shows that American patients have significantly better access to new cancer medicines than their peers in other developed countries:

(Y. Zhang, et al., “Comparing the Approval and Coverage Decisions of New Oncology Drugs in the United States and Other Selected Countries,” Journal of Managed Care and Specialty Pharmacy, 2017 Feb;23(2):247-254.

I am no fan of the U.S. Food and Drug Administration, but it is a less-restrictive bureaucracy than its counterparts in other developed countries. Allowing patients to use new medicines without the interference of a government bureaucracy should be pretty straightforward, as long as they are aware of the risks.

Coverage, on the other hand, is more ambiguous. Both Medicare and other countries’ single-payers systems are socialized. So, we should not always jump to the conclusion that every approved drug should be covered 100 percent. As long as patients are free to pay out-of-pocket, we might not want taxpayers to pay the entire cost of each drug. However, cancer is the textbook diagnosis of a catastrophically expensive diagnosis, when we expect insurance to kick in. If insurance does not cover a wide portfolio of therapeutic options, it is not good coverage.

When we look at approval and coverage combined, the results are appalling. Of 45 drugs covered by Medicare, the British National Health System was the best of the other countries measured, and it covered only 21—less than half. We are not talking about North Korea, here. Nevertheless, it is shocking how much citizens of otherwise free countries give up when they allow their governments to control their access to health care.

For a critical look at the U.S. Food and Drug Administration, see FDAReview.org.