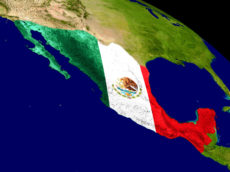 Suppose the Canadians were to build a wall to keep Americans out of their country, making it clear that Americans are simply not decent, productive, peaceful people and therefore the fewer of them who enter Canada the better. Might Americans take justifiable offense at such treatment?

Why does anyone imagine that Mexicans feel any differently?

I spent more than a decade of my career largely engaged in studying the history and economics of U.S. racial differences and race relations. (See, for example, my book Competition and Coercion.) In the USA and its colonial precursors, racial oppression took many forms, including after the War Between the States a widespread state-enforced system of racial segregation in which the “separate but equal” public facilities provided for the use of blacks were almost invariably inferior. But the system also took many seemingly pointless forms, not of any evident value to any group of white rent-seekers or to whites in general. The “point” of these restrictions, however, was always simply to insult and humiliate black people, so that even the most “no account cracker” could see that he was superior, and recognized as such, even to the most polished and accomplished black. This institutionalized humiliation of people was always the part that, aside from the ongoing, unpunished assaults and murders, rubbed me the rawest about the system.

What sort of person seeks to humiliate an entire group of people simply on grounds of race or nationality? Well, at present, the sort of person who supports the wall between Mexico and the USA. Yes, it may give some groups of rent-seekers a feeling of enhanced security in the ability to accrue their ill-gotten gains. But above all, it gives the American yahoo class the feeling that they—the self-supposed better people—have shut out Mexicans in the most brutal possible fashion, by physically fencing them out as if they were dangerous wild animals.