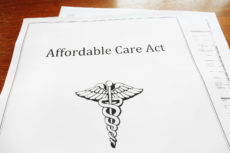 As Congress and President-elect Trump debate how to repeal and replace Obamacare, the obsession with health insurance, rather than actual access to health care, has dominated the debate. It invites the question: How have jobs in health insurance fared before and after Obamacare?

They have boomed! Before the Great Recession, nonfarm civilian employment peaked in January 2008, according to the Bureau of Labor Statistics. It bottomed out in February 2010, with 6.28 percent of jobs having disappeared over 25 months. (The Affordable Care Act was signed in March 2010.) Nonfarm civilian employment recovered its losses in May 2014, and has grown since then. As of last November, nonfarm civilian payrolls had increased 11.88 percent from the February 2010 low, and 4.85 percent from the January 2008 peak.

This boom was limited to health insurance. Other insurance workers continue to suffer. Employment among insurers in other lines of business has dropped 5.31 percent from the January 2008 peak, when they employed a little over one million workers. Today, they employ 972,400.

In January 2008, health insurers accounted for 30 percent of all insurance jobs. Last November, the share had increased to 36 percent. For anyone without a job in health insurance, it is a precise and painful reminder of the bureaucratic burden imposed by Obamacare.

For the pivotal alternative to Obamacare, see Priceless: Curing the Healthcare Crisis and A Better Choice: Healthcare Solutions for America, by John C. Goodman, published by Independent Institute