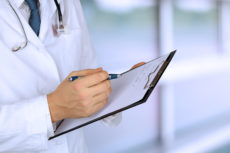 Obamacare’s least popular feature is the individual “mandate” to have health insurance. This requirement was the subject of the 2012 lawsuit asserting Obamacare was unconstitutional: Never before had the federal government forced any resident to buy a good or service from a private business.

The people lost that argument. Nevertheless, whether we label the punishment for disobeying the mandate a fine or a tax, it is a very inefficient way to raise money to finance health care.

The IRS also follows the money going in the other direction: Tax credits paid out to insurers which offer policies in Obamacare’s exchanges. Although paid to insurers, the tax credits are applied to individuals’ premiums. One of the problems is that taxpayers have to guess how much money they will earn in a year, because the tax credits phase out in a confusing way. A beneficiary might be surprised to learn that he has to refund tax credits to the IRS!

A new report from the IRS demonstrates this. For 2015:

As for the individual mandate:

In summary, almost no taxpayers who receive Obamacare premium tax credits can estimate them accurately; the government cannot reconcile data on tax credits reported by different sources; and the penalties for disobeying the mandate do not make a significant contribution to health care financing.

The way to simplify all this is through a universal tax credit.