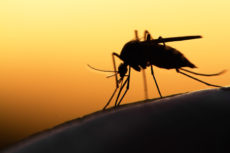 Other than anarcho-libertarians, most agree that government has a role to play in preventing and suppressing epidemics, a classic public-health problem. Viral or bacterial infections are not passed from animal to person, or person to person, by voluntary exchange. Instead, proximity to another’s infection can lead to an individual’s becoming infected, notwithstanding any market interaction.

So, even the most freedom-oriented individuals accept government spending and restrictions on individual choice when the threat of epidemic increases. In 2014, the arrival at Dallas-Fort Worth International Airport of a man carrying the Ebola virus caused some lawmakers to seek a ban on air travel from countries where Ebola had broken out.

Indeed, the federal Centers for Disease Control and Prevention maintain twenty quarantine stations at ports of entry, where public-health officials have the power to detain arriving passengers suspected of carrying communicable diseases.

Fortunately, we do not have to worry too much about these risks today. People in the United States no longer worry about contracting malaria or polio when walking near or swimming in still water. So, it is remarkable that the American people are not outraged that the U.S. government has let mosquitoes carrying the Zika virus enter Florida, where they continue to infect people. This has happened while the federal government’s energy has focused on controlling people’s private health choices, such as forcing Catholic nuns to pay for artificial contraceptives.

Worse, the Wall Street Journal reports the fight against Zika is reaching a “dead end,” because there is little financial incentive to develop new insecticides and increasing government regulation is driving out incumbent suppliers:

German chemical conglomerate BASF SE no longer markets in the U.S. a chemical called temephos, which kills mosquito larvae by disrupting their nervous systems. The company and U.S. insecticide makers that were buying temephos let its U.S. registration lapse at the end of 2015 after the EPA requested new studies on its effects, including its potential to interfere with endocrine production in people.

“The cost of the studies was five to 10 times the yearly [U.S.] sales,” said Egon Weinmüller, head of BASF’s public health insecticide business. “We couldn’t find a way that makes it feasible for those costs.” BASF still sells temephos in other countries, he said.

The government’s behavior is surely increasing the risk of a Zika breakout in the United States. Rather than driving out current suppliers and inhibiting development of new insecticides, the government should be encouraging innovation. This may be an area where it is appropriate for the government to fund prizes for new insecticides that will eliminate the threat. Or, if we do not want to invest taxpayer dollars, at least get the burdensome environmental over-regulation out of the way so investments by private actors such as the Bill & Melinda Gates Foundation (cited in the WSJ article), have a chance to succeed.

The government just has shift its focus from “priorities” like rules governing the use of bathrooms by trans-gendered persons to real public-health issues.