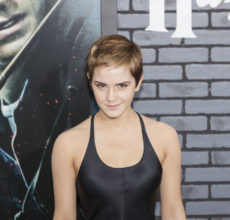 A few weeks ago, a friend of mine linked to an article on Facebook titled, “Sexism in Hollywood is Rampant, and Emma Watson Says her Career Proves It.” The article was published in late 2015, but similar pieces pop up from time to time with similar themes.

Despite my better judgment, I clicked on the article. (Why do I do this to myself?)

When I tell people about the policies I discuss in my economics principles classes, I often say it’s like the economic version of the movie Groundhog Day. Every semester we debunk popular economic fallacies. We learn that free trade creates jobs as opposed to killing them, and that the minimum wage harms low-skilled workers as opposed to helping them.

These “economic zombies” come back again time after time. While it’s sometimes depressing to see the same fallacious thinking over and over, I don’t consider our class discussions a Sisyphean exercise. As any teacher knows, students often need to be exposed to an idea several times before it “sticks.”

Alas, here we are again—more terrible arguments in need of serious correction. The article begins discussing actress Emma Watson’s career. She’s starred in the Harry Potter series as well as other films. She’s done work for the U.N. and is a college graduate.

Then comes what makes me want to bang my head against a wall. In an interview, Watson said,

I have experienced sexism in that I have been directed by male directors 17 times and only twice by women. Of the producers I’ve worked with 13 have been male and one has been a woman. I am lucky: I have always insisted on being treated equally and have generally won that equality.... I think my work with the UN has probably made me even more aware of the problems. I went out for a work dinner recently. It was seven men...and me.

The article continues to say that women account for “a measly 1.9% of directors who created the top grossing films of 2014,” and makes further claims about the “pathetic” representation of minorities in the upper echelon of Hollywood directors.

I’m still waiting for the “proof” the article claimed to provide.

In fact, I’d say it’s quite difficult to argue that Watson’s career illustrates sexism in Hollywood. Of her two co-stars in the Harry Potter franchise, Daniel Radcliffe (Harry Potter, the protagonist) has a net worth of around $110 million. Watson’s net worth is around $60 million. Rupert Grint (Ronald Weasly) has a net worth of approximately $50 million. Considering that Radcliffe starred in the films (and has done several subsequent projects), it’s understandable why his wallet is substantially more padded.

Moving beyond paychecks, the fact that so many men and so few women have directed Watson illustrates absolutely nothing about sexism in Hollywood. All it shows is that men are much more likely to be A-list directors than women. Is it sexism? Maybe, but I doubt it. What’s more likely is that men are typically drawn into that particular part of the film industry.

I hear this type of “argument” a lot when it comes to gender and economics. If few women are present in a given field, or earn less than their male counterparts, so the story goes, it must mean that there’s some sort of boys’ club. Women, just as good and interested in the field, are prevented from breaking into the industry or positions of authority due to some nefarious, deeply ingrained sexism. It’s the dreaded patriarchy!

Let’s think about this a little bit before we go burn our bras in protest.

Consider the following, real-life scenario. Prior to going to graduate school, I worked at a dance studio for eight years. I can count the number of male dancers I had during that entire period on one hand (our studio had a few hundred students a year). Care to guess how many male instructors there were? None. That’s right, every single student in our studio was “directed” exclusively by females! When we went out to lunch with others, there may be twelve or thirteen women, but no men! Most other studios have similar dynamics.

If I said to you, “This proves that the dance industry is sexist!”, you’d look at me like I was insane. Of course it isn’t proof of sexism. You would reason (correctly) that more girls than boys are interested in taking dance classes and that more women are interested in teaching dance classes than men. It’s a matter of preferences. As an economist, I don’t question why these preferences exist or judge them. I merely acknowledge that some people prefer X and others prefer Y.

We don’t see people discussing the “problem” of sexism in these fields.

When it comes to male-dominated industries, however, people are quick to dismiss preferences of individual choice and instead blame “gender issues.” Just because men largely populate engineering, this doesn’t mean that women are getting an unfair shake. The only thing we can glean from that information is that more men are in the field. End of story. We need more to make claims about sexism.

The author concluded the article by quoting an academic report saying that “longer-term solutions and further monitoring are required,” but he fails to mention what these would be. Allow me to make a suggestion—none. As I have said elsewhere, the idea of legislating “protections” for women in the labor force is downright offensive and counterproductive to gender equality. Think about what message the author of the article is sending by suggesting monitoring. Essentially, “Women are incapable of letting our skills, ambition, and output do the talking for us. We need Big Brother to come and make those mean old men employ us/give us more money/additional benefits.”

When it comes to issues of gender and economics, it’s important to understand what we’re talking about. Articles like these, with their shoddy argumentation and vague suggestions of monitoring do nothing to advance the careers of women in male-dominated fields or to advance gender equality. Instead, they perpetuate bad ideas, poorly interpreted data, and ultimately, bad policies.