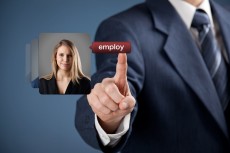 Earlier this week, the Governor of California signed a bill intended to help women. Supported by the Chamber of Commerce, the new law looks to eliminate the “gender wage gap,” or the supposed discrepancy between the pay of men and women.

The bill received immense support in both houses of the California state legislature and will “ensure that women are paid equally for work that is substantially similar to the work of their male colleagues.”

While California policymakers may be well intentioned, as an economist, this makes me want to bang my head against a wall. I’ve discussed this very issue on this blog before. But, alas, here we are again.

So, one more time, with feeling.

There is no meaningful gender wage gap. Such a gap makes zero intuitive or economic sense.

The first problem with the gender wage gap idea is how it’s measured. When discussing the “gap,” people often bring out the statistic that a woman makes “77 cents for every dollar a man makes.” But this is not a fair comparison and the statistic is grossly misleading. The 77 cents per dollar metric is a comparison of gross income. That is, it compares the income of all men to the income of all women, without regard for other factors. It’s literally like matching up a waitress with a high school degree and a CEO with two Master’s degrees and saying, “ah-ha! Their pay is unequal! Look at that waitress-CEO wage gap!”

When you take into account other factors like career type, number of hours worked, and education, the supposed “wage gap” disappears. In fact, when it comes to part-time work, women consistently make more than men at the same jobs! For women in male-dominated fields, they may be more likely to land and retain jobs than their masculine peers.

You need to hire five new accountants. What are your options?

As an employer, what would you do? You’d hire all women! You’d be a complete fool to do otherwise. If women really are cheaper than men but just as productive, you’d expect many firms to capitalize on this easy opportunity to cut costs.

As a female economist, I can appreciate working in a predominantly male field. I can appreciate equality. But I can also appreciate rotten statistics, bad incentives, and arguments that hold as much water as a slotted spoon. The new law in California will do nothing to increase women’s wages and may in fact harm female workers. Why? As an employer, would you want to take the risk of hiring more women, only to be questioned and accused of gender discrimination every time you pay a man more than a woman?

Moreover, this myth perpetuates something that should anger all women. That is, mandating that women be paid a certain amount, or writing legislation to “protect working women,” sends the signal that we are incapable of fending for ourselves. We can’t let our skills and output do the talking for us. Instead, we have to have Big Brother come in and save us. Such laws place women in a perpetual position of victimhood and tell us that, “you are worth less than a man...unless we tell them you’re not.”