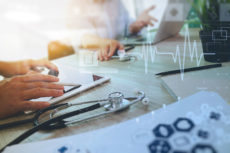 President Obama signed the 21st Century Cures Act on December 13. Promoted as a pro-innovation bill, the new law will improve the Food and Drug Administration’s regulatory processes; as well as fund Vice-President Biden’s Cancer Moonshot, the National Institutes of Health, and steps to reduce the opioid epidemic.

However, the final version of the bill also included an important payment reform: Significantly expanding the use of Health Reimbursement Arrangements (HRAs) by small businesses. The Affordable Care Act limited employers’ use of these funding vehicles. The IRS promulgated rules levying an excise tax of up to $100 per employee per day.

The advantage of HRAs and similar funding vehicles is that they allow employers to give money directly to employees, who can spend it on medical care. This gets around health insurers’ bureaucracies, which add unnecessary administrative costs.

Obamacare was supposed to be a hand-out to health insurers. It did not quite work out that way. Nevertheless, the law forces as much health spending as possible through insurers’ claims processing. Not only does this add bureaucracy, but it inhibits proper price formation (which in a normal market takes place where the marginal supplier meets the marginal producer). Instead, U.S. health prices are determined administratively between insurers, governments, and providers.

Advocates of consumer-driven health care hope that an ever increasing share of medical payments will be paid by patients directly to providers. At some point, the insurers’ role in price-fixing will become so obviously absurd it will fall apart, and prices will be determined in a more properly functioning market.

Because of the ACA, many small employers have been prohibited from using reimbursement arrangements that previously were long-standing and effective methods of providing employees with health care benefits. The new law is a welcome modification to the ACA since it gives small employers excise tax relief plus a method for providing health benefits to their employees via the QSEHRA [Qualifying Small Employer HRA].

Hopefully, more such reforms will come in the next Congress.