Trump’s Pick for Labor Secretary Another Win for Health Reform 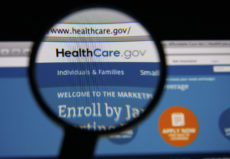 Since the election, the media have asserted that repealing Obamacare will yank health insurance from over 20 million people. This estimate refers to Obamacare’s having increased welfare dependency (via expanding Medicaid) and insurance coverage via the expensive individual policies offered in its exchanges, subsidized by tax credits.

This claim has sucked oxygen out of another important part of the debate, which is Obamacare’s effects on employment. The Congressional Budget Office projects that Obamacare will shrink the workforce by 2 million full-time equivalent (FTE) jobs in 2025.

The CEO of CKE Restaurants, which owns the Carl’s Junior and Hardee’s brands, Mr. Puzder warned as far back as July 2013 that Obamacare’s mandate for employers to offer employees overpriced health insurance would harm jobs at chain restaurants:

Why did the Obama administration earlier this month delay enforcement of the Affordable Care Act’s employer mandate until 2015? The administration claims that it needed more time to get the mandate right. Some have suggested that politics—the concern that negative effects of the mandate might kick in before midterm elections in 2014—may have influenced the decision.

The mandate was originally scheduled to kick in in 2014, but by then employers had already reduced full-time employment because the mandate included a “look-back” period. Mr. Puzder examined hiring data for 2013, reporting:

The health-care law’s actual consequences unequivocally appear in the jobs data for this period. Between Jan. 1 and June 30, according to the Bureau of Labor Statistics, the economy added 833,000 part-time jobs and lost 97,000 full-time jobs, for net creation of 736,000 jobs. In reality, the economy overall added no full-time jobs. Rather, it lost them.

Most recently, Mr. Puzder noted that rising health costs were reducing his customers’ ability to dine out:

Restaurant traffic has declined 2.8% from the start of the year through September, according to the Restaurant Industry Snapshot, a survey of some 25,000 restaurants by research firm TDn2K. At this pace, the firm said, “2016 would be the weakest annual performance since 2009, when the industry was recovering from the recession.”

In many respects the decline is counterintuitive. Gas prices are down, which normally increases discretionary spending and boosts restaurant visits. Food costs are down at grocery stores, which gives them a competitive advantage over restaurants but should also mean consumers have more money to dine out. That hasn’t happened.

A September survey by the research firm Civic Science found that more Americans are spending less on dining out. The No. 1 reason was, not surprisingly, a worsening of their personal finances. Yet the one factor that “jumped off the screen” was increased health-care costs.

According to the survey of regular quick-service diners who had increased health-insurance costs over the past year, 47% cut back on restaurant spending.

Much of the harm done by Obamacare is inflicted by the Department of Labor, which writes and enforces its rules on employers. As a CEO, Mr. Puzder knows how harmful these rules are. As Labor Secretary, he can relieve many of them, even without full repeal of Obamacare.