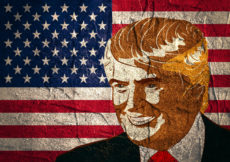 President-elect Donald Trump’s so-called Carrier deal, which seems to amount to a threatening conversation he had with Carrier’s managers, combined with some tax concessions by the state of Indiana, exemplifies the approach he has more or less announced he will take in dealing with U.S. companies that propose to move operations abroad. He threatens that such companies’ products will be subjected to a 35 percent tariff when imported into the USA. In various statements he had made it known that as president he will roam far and wide across the economic landscape, using his presidential powers to punish companies that transfer operations abroad and reward those that refrain from such rearrangements of their operations.

Such a presidential tactic will certainly have important consequences, but they will not be the ones that Trump promises. Such haphazard interference in company management cannot possibly focus directly on more than a few of the millions of firms in the U.S. economy. The president’s actions might capture media attention and create the impression that he is going to bat to protect threatened jobs, but the visible effects of such random blundering about will be tiny in comparison with the far-reaching effects on corporate managers and owners across the board, because such selective intervention in the details of companies’ operations epitomizes the kind of action by which governments create what I have called regime uncertainty—a pervasive fear that existing private property rights in one’s property and the income the property yields will be attenuated or destroyed by unpredictable changes in government taxation, regulation, or other action.

During the second half of the 1930s, the New Deal’s ever-changing programs and policy implementation gave rise to so much regime uncertainty that long-term private business investment never recovered to the levels it had reached during the second half of the 1920s. Investors’ fears kept them paralyzed or persuaded that only short-term investments were justified because the longer-term future was simply too uncertain and too fraught with potentially great losses, such as those associated with complete government take-over of the economy.

Even if Trump’s bully-boy tactics fell short of the New Deal’s, he might still create enough regime uncertainty to make investors reluctant to make long-term investments, and business managers reluctant to implement efficiency-enhancing changes, such as relocation of certain operations abroad. Today’s economic order involves pervasive interrelations between foreigner producers, American producers operating abroad, and Americans operating in the USA. This reality means that, for one thing, the president would not really be able to identify what action he might take to preserve U.S. jobs—the matter is intricate, not obvious, because actions that seem to preserve jobs in Akron can easily destroy jobs in Dallas, completely unbeknownst to the president and his economic advisers. Moreover, the multiple points of contact between production abroad and production in the USA allow U.S. firms considerable latitude to avoid punishments the president might seek to heap on them—again, perhaps, with net destructive effects on U.S. jobs.

The whole idea of a free-range president barging and bellowing through the U.S. economy reeks of the worst, most destructive form of intervention. The less predictable such intervention, the greater is its discouragement of productive corporate rearrangements and long-term business investment, the latter of which is the most important driver of economic growth, especially because it serves as the main vehicle to putting technological improvements in place. One can only hope that someone talks the president into the adoption of a less destructive approach to garnering headlines and giving the appearance of taking care of his base. Judging by pretty much everything Trump has said in public, he is a complete nincompoop so far as economics is concerned, but there are better and worse ways to act the fool. Let us pray that he backs away from the tactic epitomized by the Carrier deal.