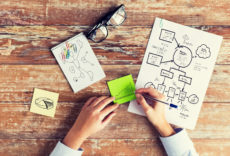 Public choice uses economic methods to analyze political decision-making. Too often, both “policy experts” and the general public perceive problems and conclude that the government should do something about them, without evaluating whether government intervention could actually make things better. Public choice examines how the political process actually works rather than relying on a hope that if things aren’t ideal, somehow government can improve them.

I have just published a short book that gives an introduction to the theory of public choice. It presents the fundamental models that underlie the discipline to describe the way the political process actually works. The book isn’t anti-government or pro-government. It just presents public choice models of the political process in a manner similar to the way that economic theory presents models of the way the market economy works. From that analysis, it is apparent that sometimes even well-intentioned government intervention will make things worse.

For organizational purposes, my book divides the study of public choice into three major areas. The first is “Aggregating Voter Preferences,” which looks at how individual preferences are aggregated into group preferences through voting. The second is “Designing Public Policy,” which discusses the way that interest groups, elected officials, and government bureaucrats interact with each other to produce government policies. The third is “Constitutional Design,” which explains how the rules within which government decisions are made and how they evolve over time.

I am teaching an undergraduate public phoice course at Florida State University starting in January. I’ve taught the course before, and one of my motivations in writing the book was that there was not a good textbook introduction to the subject.

The Independent Institute publishes a book by Randy Simmons that introduces readers to the ideas of public choice. Simmons’s book is subtitled “The Roots of Government Failure” and is oriented toward explaining why government often does not work, rather than how it works. It’s a good book, but for a college textbook, I feel that it is better to explain to students how the process works, and from there allow them to see why the democratic political process often produces sub-optimal outcomes, rather than to focus on the failures of government.

I’ve adopted both books as required textbooks for my course. The material overlaps, but in a complementary way, with my book more describing how the political decision-making process works and Simmons’ book more explaining the shortcomings of that process. Also, both books are relatively affordable (for college textbooks), so students will spend less for both of them than for a single textbook in a typical college course.

If you were interested enough in the subject to read to the end of this post but are unfamiliar with the main models of public choice theory, you might also be interested enough to take a look at my new book. My idea was to present readers with the basic ideas underlying public choice theory in the same way that an introductory economics textbook introduces readers to the basic ideas of economics.