The White Man’s Burden: More Drinking, Drugs, and Suicides Since 2000 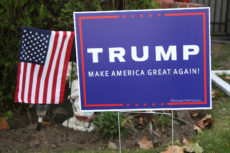 More nonsense has been written about White nationalism/supremacy in the wake of Donald Trump’s election than anyone should have to read. So, it is a pleasure to find some actual data analysis on the role of the non-college educated white citizen in the success of the Trump candidacy, especially versus Mitt Romney’s failed 2012 campaign.

The Economist has determined that health status explains the Trump vote better than being a non-college educated white citizen does. Health status is inversely related to voting for Trump: The sicker you are, the more likely you are to have voted for Trump. Non-college educated whites are also likely to be sicker, so the two variables are not independent. Nevertheless:

Although we could not find a single factor whose explanatory power was greater than that of non-college whites, we did identify a group of them that did so collectively: an index of public-health statistics. The Institute for Health Metrics and Evaluation at the University of Washington has compiled county-level data on life expectancy and the prevalence of obesity, diabetes, heavy drinking and regular physical activity (or lack thereof). Together, these variables explain 43% of Mr. Trump’s gains over Mr. Romney, just edging out the 41% accounted for by the share of non-college whites.

Okay, so let’s get this straight: Obamacare was signed in 2010, but it did not provide subsidized benefits until 2014. The people who should have been most grateful for Obamacare rejected it in the 2016 election more than they had in 2012. (Romney also ran against Obamacare.) The Economist column also cited a 2015 paper by Nobel Prize–winning economist Angus Deaton, which shows significant deterioration in health metrics among middle-aged, non-college educated whites since around the turn of the millennium:

As I noted previously, there has been a significant increase in government dependency for health care since 1997, and that shift from job-based benefits might have had a negative impact on this population. However, the crisis among middle-aged, non-college educated whites is not related directly to the health system. Drinking, drug abuse, and suicides all increased significantly in the past two decades.

Whether President-elect Trump’s plan to “Make America Great Again” will restore the previously positive 20th century trend of mortality improvement for non-college educated whites is a question that will be examined carefully in the years to come.