Almost All Increase in Health Coverage Due to Return of Benefits: An Update 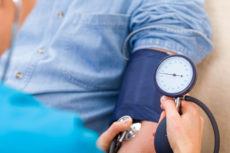 The best measurement of people who lack health insurance, the National Health Interview Survey published by the Centers for Disease Control and Prevention (CDC), has released early estimates of health insurance for all fifty states and the District of Columbia in the first half of 2016. There are three things to note.

First: 69.2 percent of residents, age 18 to 64, had “private health insurance” (at the time of the interview) in the first half of this year, the same rate as persisted until 2006 (page 1, Figure 1; and page A5, Table III). Obamacare has not achieved a breakthrough in coverage. It has just restored us to where we were a decade ago.

Second: The NHIS includes people with Obamacare coverage (via the exchanges) as privately insured. These comprised 4.8 percent of the population, aged 18 to 64 (page 5, Figure 8). So, slightly fewer than 64.4 percent had employer-based coverage. (A small number of people still have non-exchange individual policies.) That proportion is about the same as from 2010 through 2013 (page A5, Table 3). So, employer-based coverage has held steady.

Third: There has been a significant change from private coverage to government welfare (primarily Medicaid). The shift has been about five percentage points since 2006 and ten percentage points since 1997 Page 1, Figure 1). This trend was especially pronounced among children. In the first half of this year, 42 percent of children had government welfare for medical spending, little changed since 2010. However, between 2000 and 2010, the proportion doubled from about 20 percent to about 40 percent of children (page 2, Figure 2).

Critics of Obamacare who focus on its increasing the proportion of people dependent on Medicaid (a welfare program) ignore the great expansion of Medicaid dependency years before anyone had heard of Barack Obama.