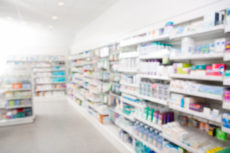 Having written critically about a decision made by Doctors Without Borders/Médecins Sans Frontières (MSF) to reject a donation of vaccines by Pfizer, Inc., I am grateful for a new report which ranks research-based pharmaceutical companies on a number of measurements of how they make medicines available to patients in low-income countries.

Jointly funded by the Bill & Melinda Gates Foundation and British and Dutch taxpayers, the Access to Medicine Index ranks 20 large drug makers. It is a very thorough report:

The Access to Medicine Index analyses the top 20 research-based pharmaceutical companies on how they make medicines, vaccines and diagnostics more accessible in low- and middle-income countries. It highlights best and innovative practices, and areas where progress has been made and where action is still required.

The 2016 Index used a framework of 83 metrics to measure company performances relating to 51 high-burden diseases in 107 countries.

One measure that shows little recent progress is affordability, as measured by pricing arrangements that take into account different abilities to pay in different countries. I find this approach odd, because any drug company maximizes profits by engaging in fine price differentiation. This means charging a low price in low-income countries, rather than shunning the market.

The only reason for a drug marker not to engage in this practice is concern that the drugs will be diverted to higher-income countries, cannibalizing profits. Thus, the drug maker has to be confident the distribution system in the low-income country will not suffer “leakage.”

The report also analyzes research and development regarding diseases for which therapies are not commercially profitable. It notes:

The majority (67%) of the R&D projects for high-priority, low-incentive products are being conducted in partnership, signalling that collaborative models are effective at engaging companies in R&D aimed at addressing priority product gaps. Three quarters of partnerships for high-priority, low-incentive products involve companies partnering with public, non-governmental and/or non-profit organisations.

I find it very encouraging that philanthropic enterprises (such as the Bill & Melinda Gates Foundation) are entering these partnerships with for-profit drug makers. It is a far healthier development than the old-fashioned approach of just beating up drug makers for their greed.