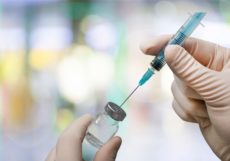 Doctors Without Borders /Médecins Sans Frontières (MSF) has decided to reject a donation of one million doses of pneumonia vaccine from Pfizer, Inc. The global health charity’s convoluted reasoning goes like this:

There is No Such Thing as “Free” Vaccines

Pneumonia claims the lives of nearly one million kids each year, making it the world’s deadliest disease among children. Although there’s a vaccine to prevent this disease, it’s too expensive for many developing countries and humanitarian organizations, such as ours, to afford.

Free is not always better. Donations often involve numerous conditions and strings attached, including restrictions on which patient populations and what geographic areas are allowed to receive the benefits.

Critically, donation offers can disappear as quickly as they come. The donor has ultimate control over when and how they choose to give their products away, risking interruption of programs should the company decide it’s no longer to their advantage.

This remarkable document goes on to praise GSK, a competitor of Pfizer’s, for having declined to offer pneumonia vaccines for free, but instead offer them for $3.05 per dose to all humanitarian organizations. I don’t know about you, but I will take free over three bucks any day.

MSF believes GSK’s offer is more “sustainable,” but it is not. GSK is free to raise its prices or stop supplying vaccine altogether whenever it wants. GSK has just as much “ultimate control” over its actions as Pfizer does. Why does an innovative pharmaceutical company insist it control which populations in which geographic areas receive free medicines?

University of Pennsylvania Professor Patricia Danzon has characterized innovative drug makers’ pricing strategy as a primarily driven by purchasers’ incomes. Because new medicines are protected by patents, drug makers can charge prices higher than in a purely competitive market. However, the profit-maximizing price in a rich country (especially the United States) will result in fewer sales in lower-income countries.

Danzon found that income elasticities explained a significant amount of price variation. But what about patients in places where neither households nor governments can afford anything? In that case, the drug maker might as well give medicine away. It makes for good PR, and costs little.

However, the drug maker must ensure the medicines get to the target population, and not get diverted by unethical middlemen who sell them to wholesalers for distribution in higher income countries. Plus, it must ensure its medicines do not get mixed up with counterfeit medicines in a poorly controlled distribution system.

MSF is not the only game in town. I trust there are other worthy charities, perhaps less well known for their stands against free medicines, which would welcome Pfizer’s donation.