Perspectives on the President Elect 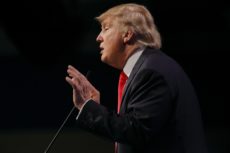 Like many Americans, I was surprised with the results of our recent presidential election. I had assumed, like so many others, that a Clinton presidency was inevitable.

Obviously, I was wrong.

Since the election, friends, students, and others have asked what I think of President-elect Trump. While I tend to shy away (especially with students) from endorsing or disparaging any particular candidate, I feel comfortable discussing particular policies.

Now, President-elect Trump’s consistency with regard to what policies he will implement has been remarkably inconsistent. He has published, however, his “100 Day Plan,” a list of initiatives he says he will work to implement his first 100 days in office.

I thought I’d take this opportunity to discuss my thoughts regarding some of his proposals. As a caveat, what follows largely ignores the all-important issue of political feasibility. (For better or worse, I think a lot of these proposals will be extremely difficult, perhaps impossible, to implement.)

Trump has proposed a Constitutional amendment to impose term limits on all members of Congress. I tend to like the idea of term limits, as they may change some of the incentives faced by policymakers. If a Congressional representative knows he is unable to seek reelection, he may be more inclined to enact policies that favor the public interest rather than his particular district. This may, however, be wishful thinking on my part.

I’d bet money this will not happen, as it would require members of Congress to vote themselves out of a job. A similar problem arises with Trump’s proposal to impose a five-year ban on White House and Congressional officials working as lobbyists.

The 100 Day Plan also contains a proposed a hiring freeze on all federal employees to reduce the federal workforce through attrition. It will come as no surprise to readers of this blog that I like this idea of smaller government. Less government is preferred to move government. It’s important to note, however, that while such a plan, if enacted, may reduce the scale of government, it may do nothing to decrease the scope of government activities. Both are equally important. One could envision a scenario in which the scale of government decreases, but the scope remains constant or even increases. I have similar thoughts regarding the proposal to eliminate two regulations for every new one.

Another point of Trump’s plan is to “renegotiate NAFTA” or withdraw from the trade agreement. Trump has long criticized NAFTA as the “worst trade deal ever.”

A few thoughts on this point. First, the idea that the United States was somehow bamboozled when negotiated this trade deal is patently absurd. When sitting down at the bargaining table when NAFTA was passed, the USA was the main power broker. As such, U.S. officials made sure the country came out on top.

Second, eliminating NAFTA would be a positive disaster for the U.S. economy and U.S. workers.

This bears repeating, loudly and with feeling.

Eliminating NAFTA would be a positive disaster for the U.S. economy and U.S. workers.

NAFTA has created some 34 million jobs in the U.S. and reduced the costs of many goods and services. These gains far outstrip even the highest estimates of loss. Getting rid of the trade agreement would kill millions of jobs and make many goods more expensive.

No discussion of Trump’s plan would be complete without a discussion of immigration. Trump’s plan includes a provision to end all federal funding to Sanctuary Cities, communities with policies protecting illegal immigrants from federal immigration law. He has said he will begin the process of removing the more than 2 million illegal immigrants and cancel visas to countries that won’t take them back. And, of course, he’s proposed building a wall along our southern border, stating the Mexico will reimburse the U.S. for its expenses on such a project.

There is so much bad policy here. I’ll keep it short. First, rounding up and deporting thousands of people would cost the U.S. government billions of dollars. Second, this policy would be an utter disaster on many other fronts as well. Countless studies have found that immigrant populations add more to the economy than they take. They are less likely to commit crimes than their native counterparts. Not only do they not depress the wages of native workers, but researchers have found that immigrants actually increase the wages of native workers! (The exception may be those natives who have not completed a high school degree.)

Trump has also proposed “rebuild[ing] our military by eliminating the defense sequester and expanding military investment.” Given my research, I find the phrase “rebuilding our military” to be both laughable, yet simultaneously infuriating. Given the current level of spending on the U.S. military, such an order would only lead to more of the same in terms of U.S. aggression, spending, and waste.

I am sure that in the coming weeks, months, and years, there will be lots to say on President Trump.

Consider this a primer.