Will More Government Oversight Prevent Medicaid Abuse of the Disabled? 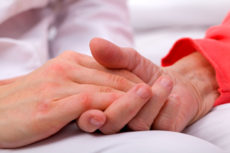 The Office of Management and Budget (OMB) has designated 16 programs as “high error,” meaning that money goes offside due to fraud, waste, and abuse. Medicaid, the joint state-federal program that subsidizes medical services for low-income people, ranks highly on the list. The U.S. government considers almost ten percent of its $297.7 billion contribution to Medicaid—$29.1 billion—to be paid “improperly.”

The Department of Justice has had significant success tracking down and charging those who bill Medicaid and Medicare falsely. However, there is an even worse type of abuse happening in Medicaid: actual physical abuse of the most vulnerable patients in the system. This abuse often goes hand-in-hand with financial fraud in the area of personal-care services.

According to the Office of the Inspector General (OIG) of the U.S. Department of Health and Human Services, Medicaid spending on in-home personal care of disabled people has grown ever since a 1999 judgment that many disabled people were being institutionalized in violation of their civil rights.

Many states have sought to impose more training and oversight of caregivers. Is this a solution? Well, I am skeptical. Headlines might cause political reaction, but once the horror stories drop off the front page, the bureaucracy will likely go back to business as usual.

Although many politicians favor giving more government subsidies to family caregivers of children, aged parents, or the disabled, a strong moral argument can be made that if a family member does not have a sense of duty towards his kin, he is not likely to acquire one along with a check from Uncle Sam.

Some of these victims are so disabled and vulnerable that it is unlikely any level of human oversight of caregivers can prevent abuse. However, when family members fail, there are alternatives. The recent canonization of Mother Teresa reminds us that some (admittedly very few) people are immune to the incentives governing the rest of us, and will care for the most vulnerable without hope of profit or political reward.

There are things we can do to support these people in their mission. Unfortunately, the Obama administration prefers to impose rules and regulations that interfere with their calling. This was recently exemplified by the absurd Little Sisters of the Poor lawsuit on artificial contraception.