The FDA Cannot Hire Staff with Starting Salaries of $160,000 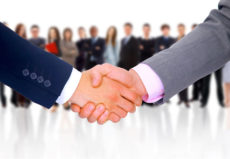 Would a starting salary of just above $160,000 turn you off? Well, maybe if you had a scientific PhD and had to wait four months before the employer could decide whether to hire you or not, you would find a spot elsewhere.

This is the situation the Food and Drug Administration finds itself in, according to the Washington Post:

The Food and Drug Administration has more than 700 job vacancies in its division that approves new drugs, and top officials say the agency is struggling to hire and retain staff because pharmaceutical companies lure them away.

“They can pay them roughly twice as much as we can,” Janet Woodcock, who directs the FDA’s Center for Drug Evaluation and Research (CDER), said at a rare-diseases summit recently in Arlington, Va.

As I’ve discussed before, the FDA is not short of money. On the contrary, its budget for drug approvals has increased significantly over the years. However, one reason it cannot hire enough staff to review new drug applications is that its hiring process is too slow.

If the agency cannot hire regulatory staff efficiently, how will it ever process drug approvals efficiently?

The fundamental problem is that the FDA is a monopoly, protected by government. Its staff do not suffer if new medicines and devices are not approved in a timely manner. Rather, patients, investors, and innovators suffer. The FDA has lots of reason to complain, because that is how it increases its budget.

However, it has no incentive to become more productive or efficient in approving new therapies. A bigger budget just makes the FDA bigger, but not better. Patients need more freedom to use new therapies without having their access strangled by the FDA.