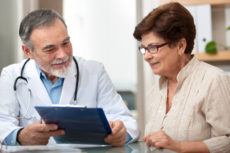 A new survey by the Physicians Advocacy Institute and Avalere Health, a consulting firm, shows a significant increase in the number of physicians leaving independent practice and joining hospital-based health systems:

Good or bad? Well, color me skeptical. This acquisition spree is driven by new payment models which seek to reward providers for “accountable” care (which I suppose is better than unaccountable care). So far, the results of payment reform in Medicare have been trivial.

And the change does not appear to be solving an eminently solvable problem, the growing problem of “surprise” medical bills. These occur when a patient undergoes surgery in a hospital in his insurer’s network, but is then surprised by an expensive bill from an out-of-network anesthesiologist, pathologist, or other specialist who attended him in the hospital.

These misfortunes would not persist in any property functioning market. However, new research from the Brookings Institution suggests the problem is getting worse. Obviously, it should be diminishing if hospital ownership of physicians is growing and making care more “accountable.”