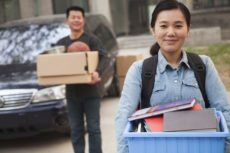 Earlier this year, the Congressional Budget Office projected a $7.8 billion temporary surplus for the federal Pell Grant program next year—and some members of Congress can’t wait to spend it on year-round disbursements, which were eliminated in 2011 but recently revived in the Senate. (See here and here also).

The concept has enjoyed bi-partisan support since 2005, when President Bush proposed the idea (p.9). But will restoring these pay-outs really help undergraduates complete their degrees sooner? Not likely.

The Pell Grant program was originally called the Basic Educational Opportunity Grant Program, authorized as part of the Higher Education Amendments of 1972. In 1980 the program was renamed in honor of Senator Claiborne Pell of Rhode Island. Today, it is the largest federal grant program, averaging $30 billion annually (See Table 1).

The program is intended to provide need-based aid to low-income undergraduate students who may use their grants at any one of approximately 5,400 participating postsecondary institutions. The maximum Pell grant through June 30, 2016, is $5,775. Maximum awards will increase to $5,815 next year, although one recent proposal would raise them to $5,935.

Unlike loans, Pell Grants don’t have to be repaid. Financial need is determined by congressionally mandated formulas (see Introduction) based primarily based on undergraduates’ expected family contribution, or EFC, which takes into account a variety of factors.

Yet there are no hard and fast income limits (here, p. 19; and here, p. 95), which means students from higher income backgrounds are eligible to receive Pell Grants. In fact, about 60 percent of all undergraduates receive Pell Grants annually.

The US Department of Education (ED) publishes annual Pell Grant End of Year Reports starting with the 1973-74 academic year, the first year Pell Grants were awarded; however, these reports do not include any Pell recipient performance data such as college graduation rates.

It wasn’t until January 2014 that for the first time Congress required ED to collect graduation statistics on Pell Grant recipients (p. 75)—information participating colleges and universities have been required to provide to students upon request since 2008. Yet information ED is collecting has been criticized as inaccurate and unhelpful for assessing the Pell Grant Program’s effectiveness.

What evidence is available from other sources based on overall historical college completion rates isn’t encouraging.

According to the Pell Institute and the University of Pennsylvania from 1970 through 2014 the percentage of dependent undergraduates who complete a four-year degree by age 24 actually declined slightly for students in the bottom two family income quartiles. Just 10 percent of students from the lowest quartile (less than $34,160) finish their degrees within six years, down from 12 percent in 1970. Likewise, only 13 percent of undergraduates from the second-lowest quartile (between $34,160 and $63,600) earn their degrees by age 24, down from 16 percent in 1970 (pp. 19 and 60)

A Hechinger Report survey found that while the six-year graduation rates of Pell recipients can match or exceed the national average of 59 percent depending on the particular college or university, at a majority of schools their graduation rates lagged far behind their non-Pell peers. Thus, billions of dollars are being funneled to schools for students who don’t graduate. In fact, according to The Hechinger Report’s Sarah Butrymowicz, “The more Pell students an institution enrolls...the lower their likelihood of graduating.”

A larger survey conducted by The Education Trust produced similar findings. Overall, only about half of Pell Grant recipients graduate within six years, compared to nearly two-thirds (65 percent) of non-Pell students.

These findings echo those of previous research. ED found no difference in three-year and six-year college persistence rates toward graduation between low-and middle-income Pell recipients and non-recipients.

Good intentions notwithstanding, there’s little evidence that federal Pell Grants raise graduation rates – a primary reason for the program’s existence. What’s more, the program is used by some members of Congress as a $30 billion slush fund to subsidize other programs. Funding approved by the Senate, for example, diverts more than $1 billion from Pell Grants to the National Institutes for Health and Title I programs for elementary and secondary education.

Encouraging personal savings, private scholarships, and requiring colleges and universities direct a significant portion of their own budgets to student scholarships would be a better way to help undergraduates afford and complete their degrees.