Have a Student Loan Question? Take a Number and Wait in Line 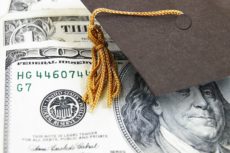 “[E]rrors and poor customer service.” That’s how the federal government watchdog, the Government Accountability Office, summed up the US Department of Education’s handling of $96 billion in federal higher education loans affecting more than 9 million student borrowers.

So much for the improved service and efficiency we were promised more than 30 years ago when the US Department of Education (ED) was created, not to mention just a few years back when the department took over student lending.

Back in 2010 the Student Aid and Fiscal Responsibility Act (SAFRA) ended the former practice of subsidizing loans made by banks, which was a bad policy to begin with, and shifted to an even worse one: direct lending by ED.

Former ED Secretary Arne Duncan insisted things would be much better if the department took over the student loan biz so government could “invest” in students directly without any meddlesome middleman. He also  blasted private banks for making a profit off student loans.

Within just a couple of years it turns out fed ED wasn’t doing such a great job when it comes to investing in students. Several controversies erupted over the department’s purchasing of shotguns, a student aid fraud raid gone bad, a reported $51 billion profit for the feds from student lending, and student loan default rates that just kept soaring.

The latest performance findings reported by the GAO earlier this month add to that list.

Borrowers are having trouble reaching their loan servicers through call centers. According to the GAO, “Together, these limited weekday hours and early closings on Fridays affect customer service access for about 8.6 million Direct Loan borrowers” (p. 14). And, good luck trying to reach someone on a weekend. It appears ED keeps worse bankers’ hours than actual bankers.

A maze of dozens of complaint categories that make effective oversight virtually impossible. Yet even once pending streamlining efforts are implemented, “Education will still not see the thousands of complaints that servicers receive,” the GAO concluded (p. 22). Ultimately, according to the GAO:

By not collecting all borrower complaint information, Education will not be able to comprehensively analyze and readily address overall trends, and respond to the full array of borrower complaints, impeding its ability to ensure that the Direct Loan program fully meets its strategic goals of providing superior customer service and effectively meeting borrower information needs.

Six years ago ED promised that with its lending takeover, it would become an investment vehicle. More like a department of motor vehicles, as Sen. Lamar Alexander (R-TN) predicted.