School May Be Out, but the Criticism of Common Core Isn’t Taking a Vacation 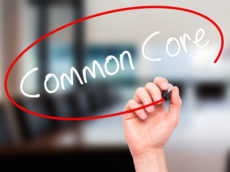 As the school year was winding down, results from the most recent National Assessment of Educational Progress (NAEP), also known as the Nation’s Report Card, showed flat reading performance, and a decline in math performance among high school seniors compared to their pre-Common Core predecessors. So much for college-readiness.

“Worrisome” and “stalled” were just some of the reactions to the news. As Jane Robbins of the American Principles Project summed up: It’s “Time to Admit the Obvious: Common Core Has Failed Spectacularly.”

An anonymous teacher leaked questions from a fourth-grade Common Core reading assessment produced by PAARC, Inc. [Partnership for Assessment of Readiness for College and Careers ], a federally subsidized testing consortium that has received nearly $186 million in funding.

The questions show just how developmentally inappropriate the assessment is. On it students were prompted to write essays using advanced structural elements, “Prose Constructed Response,” what the teacher calls “a new pseudo-genre,” and research syntheses – all of which are absent from the Common Core writing standards for fourth-graders.

The questions went viral, and PARCC’s efforts to scrub social media kicked into high gear, which only appeared to make matters worse. But that’s the least of PARCC’s troubles. Since its heyday a few years ago, its member states have dropped from 24 to seven, indicating the growing dissatisfaction with Common Core assessments.

Common Core is one of these well-intentioned pieces of legislation in which the federal government is trying to do something for children. They’ve perceived that children are behind the rest of the world and so let’s create a national legislation that’s not going to be forced on states, but we’ll give them money, and the states will take it. It’s just wrong-headed in so many ways. Number one, it’s unconstitutional. From the get-go there is nothing constitutional about the federal government getting its hand into education. Number two, it doesn’t do what they want it to do.

[The Federal Government] wanted to raise standards in their minds commensurate with, equal with, world standards. Neither the literature nor the science or the math standards come anywhere near that. What Common Core has ended up doing is creating, basically, what they considered to be, the lowest common denominator, the average point which students can be expected to reach.

Then earlier this month ACT, Inc., issued a report that found huge gaps between what Common Core deems “college-and-career-ready” and what real world colleges and employers do across subjects.

Given such momentum, such criticism is about as likely to let up as scorching summer temperatures.