Hospitals and Insurers Are Dropping the Ball 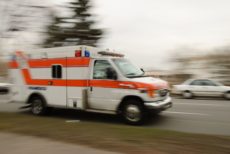 An advocate of consumer-driven health care, who makes the case that individuals should control most of our health spending directly, will not get very far before hearing the rebuttal: “When you have a heart attack or get hit by a bus, you won’t be in any condition to negotiate which hospital you go to.”

Fair enough, which is why we advocate insurance for catastrophic events, just like for houses or automobiles. However, in the current system, insurers and hospitals are dropping the ball on even that:

Blue Cross and Blue Shield of Georgia faces separate lawsuits accusing it of sending reimbursement money for emergency room care directly to patients—and not to the hospital because it isn’t part of the insurer’s network.

That’s costing the hospitals money since patients don’t always turn over the funds, according to the lawsuits.

By sending money directly to patients, Polk Medical Center says the insurer forces the hospital to find ways to collect it. Even though patients are obligated to pay the facility the amount sent to them by Blue Cross, in some cases they have spent the money, according to the lawsuit.

The Polk lawsuit said that Blue Cross, in its new payment process, was pursuing “retaliation’’ for the Cedartown, Ga., hospital’s not agreeing to “unreasonable and unfair” terms in order to be part of the insurer’s network. Hospital officials said the payment shift has hurt the hospital financially.

Further, hospitals and emergency-department doctors have lobbied states to make insurers pay them whatever they charge, without negotiations. It is understandable that insurers are using this tactic to bring hospitals back to the negotiating table.

Health insurers and providers cannot even agree on prices for catastrophically expensive care. Yet we allow them to fix prices for every good and service in our health system. Why?

For the pivotal alternative to Obamacare, please see the Independent Institute’s widely acclaimed books A Better Choice: Healthcare Solutions for America and Priceless: Curing the Healthcare Crisis, both by John C. Goodman.